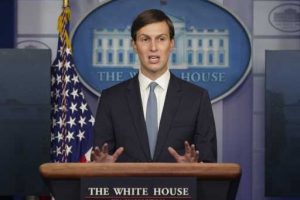 Jared Kushner has a lot of explaining to do to the American public after the House select committee released a transcript with allegations from former White House Director of Strategic Communications, and current co-host of The View, Alyssa Farah Griffin, who doesn’t have the nicest things to say about Donald Trump’s son-in-law. She claimed that the senior adviser purposely excluded Joe Biden and his transition team from important COVID-19 details after the 2020 election.

Farah Griffin told the panel that the then-COVID Task Force coordinator Dr. Deborah Birx asked Kushner whether the group should be “looping” in Joe Biden about specific data and vaccine strategies. “Jared just said, ‘Absolutely not,’” she alleged. “And then we just moved on.”

Her testimony officially lays the blame on Kushner over two years after Joe Biden spoke publicly of his frustration about Donald Trump’s administration stonewalling him when it came to imperative pandemic information. “If we have to wait until January 2021 to start that planning, it puts us behind. More people may die if we don’t coordinate,” he said to reporters two weeks after the election.

As noted by The Independent, it took Joe Biden until after his inauguration to gain access to all of the information he needed about the “vaccine stockpile.” It was at a time when the public health crisis was at its peak, and the vaccine rollout was only accessible to healthcare workers and immunocompromised citizens at the time. Kushner made the issue a political one when he should have been concerned about the well-being of all Americans, no matter who they voted for. 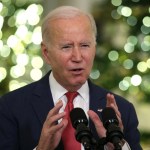