Home » Entertainment » Jay-Z Confirms He Is Not Retired From Rap

Jay-Z Confirms He Is Not Retired From Rap 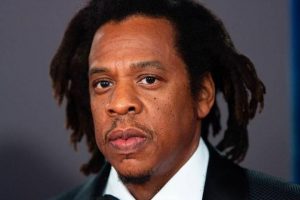 JAY-Z has officially confirmed that he is not retired from the rap game. Since it has been five years since he has released his most recent album 4:44, many fans have wondered if he will ever be getting back to music.

In a recent sneak peek of Kevin Hart‘s Hart to Heart, the comedian sat down with the 24-time Grammy award winner and spoke about what he has in store for his career in the coming years. While JAY-Z did not give any concrete plans, he does confirm that he does not have plans to fully leave music.

“I don’t know what happens next. I’m not actively making music, or making an album or have plans to make an album, but I never wanna say I’m retired. It’s a gift and who am I to shut it off?”

JAY-Z initially announced his retirement from hip-hop after the release of his 2003 mixtape The Black Album. The news was solidified after he threw a star-studded retirement part and concert at Madison Square Garden. He continued to explain to Hart about his decision stating that he is “terrible at that. I just needed a break. But I really thought that I was really burned out at the time. I was releasing an album every year — ‘97, ‘98 — and then in between that, soundtracks, other people’s album, ROC-A-FELLA, touring back to back … and I had just looked up one day and I was like…’I’m tired.’” While he is not stepping away just yet, Hov is leaving it open ended.

JAY-Z’s interview with Kevin Hart premieres on July 14 on Peacock.