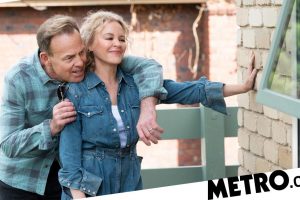 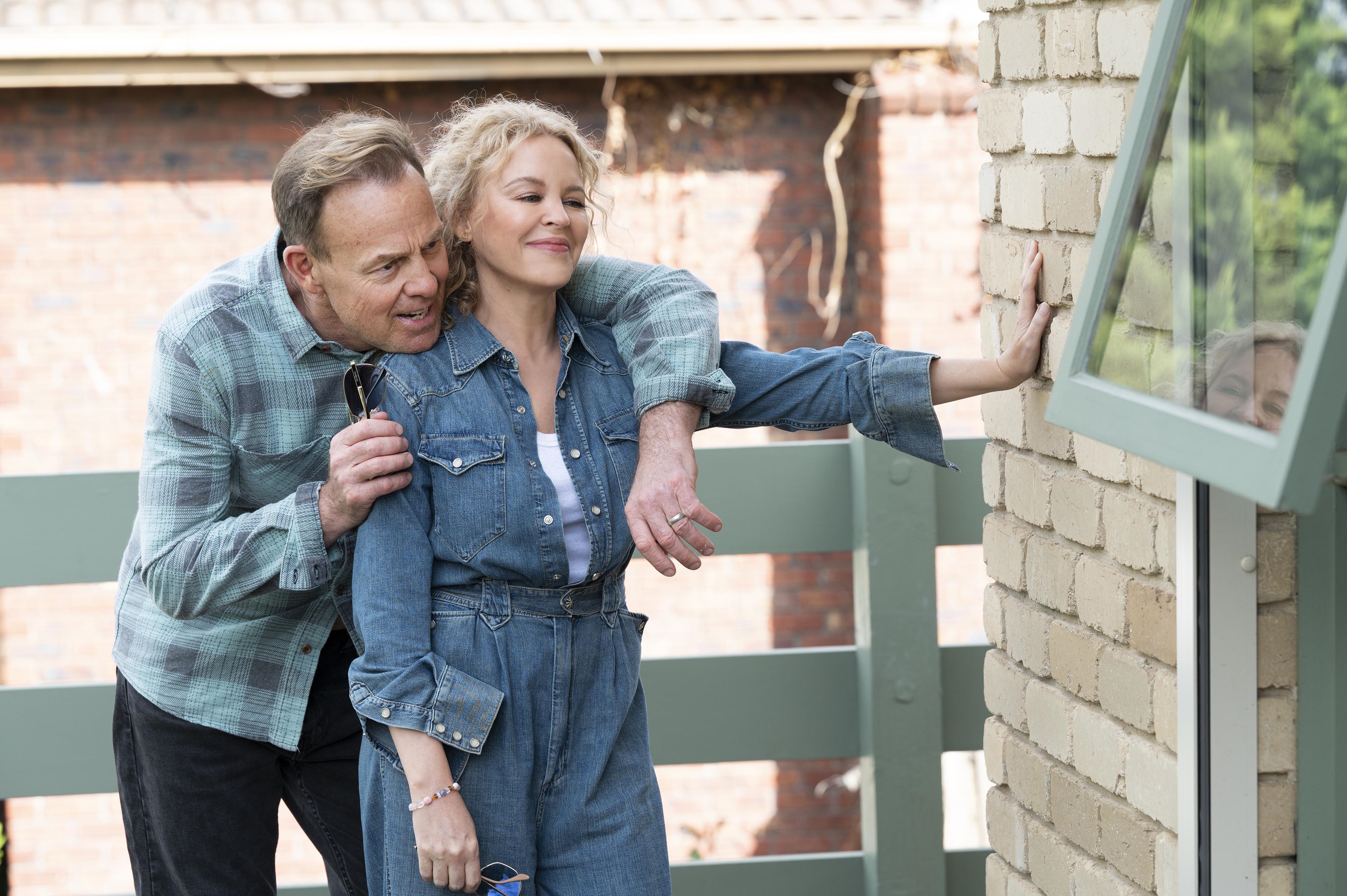 In a plot-twist even the writers in soap-land would have written off as far-fetched, I’ve just found out that much-loved Aussie soap Neighbours is set to return to our screens in 2023.

In a curveball that even trumps Harold Bishop’s return from the ‘dead’ in 1996 – the soap that I grew up obsessed with has been resurrected thanks to Amazon Freevee.

This programme saw me through my childhood from age eight, all the way to my 30s, when, as a teacher, I’d slump in front of the show in the afternoon as a mental detox post-classroom.

Even though my viewing had become sporadic by the time the show ended, I felt a sense of loss when it was axed back in July.

So finding out that Jeff Bezos has rushed in with a set of defibrillator paddles and a cash injection to re-establish the programme’s pulse really made my day.

This is good news for old fans like me, and I’m also convinced it will bring countless new watchers to the show.

Just think: Dr and Mrs Kennedy are dusting themselves off.

Someone could, right now, be removing the cobwebs from Harold Bishop. Again.

And the icon formally known as Toadie has cancelled his interview with the job centre. In fact, if we listen carefully we may even be able to hear the distant sound of shrimp sizzling on the barbie.

And for me, the good news kept on coming.

Not only are Freevee recommissioning the next tranche of implausible storylines and printing off new contracts for some of my favourite characters, they are going to make thousands of classic episodes available to stream.

I want more people to become acquainted with all the soap has to offer, and this is the perfect solution. Plus, I’ll be able to revisit some of my favourite moments.

With a click of a button, you’ll be able to transport yourself to a less complicated era, before Covid-19 existed, when a noughties version of you relaxed to the soothing sounds of Paul being strangled by Harold.

Or perhaps you’ll choose to ponder on what you’d do if, like Susan Kennedy, a bump to the head made you think you were 16 years old again.

By streaming old episodes from the past four decades on Ramsay Street, Amazon is gifting us a time travel button.

Come on, who doesn’t remember where they were when Helen battled the effects of exhaust fumes when trapped accidentally in a garage – what a cliffhanger!

Seriously, old Neighbours episodes offer something for anyone. It’s perfect viewing for whatever mood.

Want to watch something emotive? Well nothing quite tugged at my heartstrings more than seeing Toadie and Dee’s post-wedding car crash.

Need a laugh? Well I can never think about the time when Lou chopped off Toadie’s infamous mullet without cracking a smile.

And if it’s the drama you’re looking for, I say look no further! From the exploits of the philandering Karl Kennedy to the scandal of the affair between Rachel and her teacher Angus, retro Neighbours has it in spades.

I, for one, look forward to watching Neighbours, old and new, become good friends

And the best thing about Neighbours is, even when something explodes or catches fire, or when someone dies, or comes back from the dead, or when someone becomes pregnant by someone else’s husband, or is trampled by a horse, none of it feels particularly serious.

Maybe it’s odd, but even in moments of high-drama, I find the programme weirdly relaxing, never too emotionally taxing and just the right amount of engaging to pass half an hour with a cup of tea.

Mind you, as a writer it’s hard not to sympathise with the weary creative team who, having just been handed the Aussie equivalent of a P45, now have to untie all the tangled loose-ends they created for a finale that turned out just to be a temporary case of memory loss.

As the series ended with most of the street up for sale, it might be a challenge for the writers to backtrack. What might happen to stop this mass exodus? Perhaps a flood devalues the properties, making them all unsellable?

Maybe the entire population of the street discover they succumbed to collective madness due to a chemical leak at a nearby factory, leading them to employ Estate Agents against all common sense?

Or maybe they’ll return to the glory days, and decide that the finale episode that aired earlier this year was in fact another one of Buster’s dreams.

Note: if the creative team is reading and need any more ideas, I’m available for commission.

At least the writers can thank their lucky stars that they were relatively restrained as they said goodbye to our old friends – there was no Brookside style mass exodus to make way for an incinerator site, and nobody was murdered.

And thankfully they avoided the tempting soap catastrophe – Ramsay Street wasn’t subject to another tornado, there were no Emmerdale style plane crash, and no Richard Hillman-esque villain on a serial killer spree.

So far, so reversible.

Like Madge in the 90s confronted with Harold Mark II it might take a little while for me to adjust to the new status quo as the programme returns.

But I’m sure, like her, I’ll find my way to fall in love again.

After all, it’s only a soap opera. I’m willing to suspend disbelief to welcome back this comforting viewing experience that has helped me so often in the past.

And I, for one, look forward to watching Neighbours, old and new, become good friends.