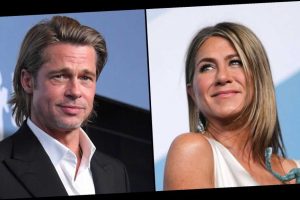 So supportive! Brad Pitt watched Jennifer Aniston’s 2020 Screen Actors Guild Awards win from backstage — and the actress had the best reaction when she found out.

“Sweet,” the Morning Show star, 50, gushed to Extra at the Sunday, January 19, awards show. “We’ve all grown up together, we really have. It just feels like a really fun night to celebrate and cheer each other on and keep working. You don’t really have that much of a life, so it’s nice to come out and put a pretty dress on and celebrate your friends and their work and inspire each other to keep going.”

The Los Angeles native, who won the Outstanding Performance by a Female Actor in a Drama Series award for her role as Alex Levy on the Apple TV+ show, added,  “It is an incredible honor to be recognized by this room especially. These are my peers and I’ve been doing this a while and I know how special it is. It is not lost on me.” 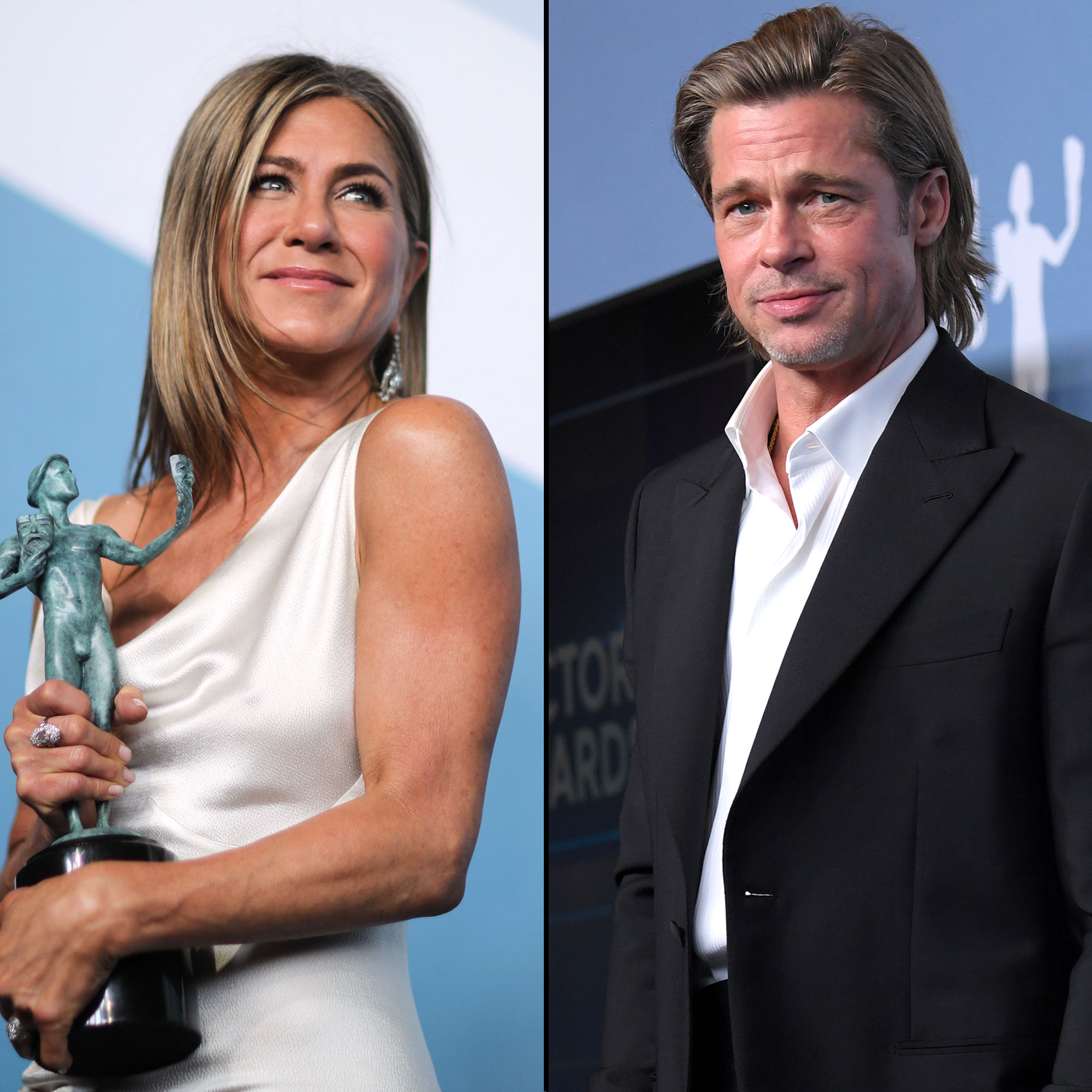 Pitt, 56, showed his support for the Friends alum on Sunday. After winning the award for Outstanding Performance by a Male Actor in a Supporting Role for Once Upon a Time in Hollywood, the actor watched Aniston’s acceptance speech from backstage.

“Dreams do come true, honey,” she gushed. “And all of you, your performances inspire me. For years, I feel like we have kind of grown up together. I know the few times I have been invited back into this room over the last 20-something years, it has been so special, the times that I have been invited. And to be up here is truly an honor.”

The former couple were later seen backstage congratulating each other with smiles and briefly holding hands. (Aniston and Pitt were married from 2000 to 2005.) Pitt went on to marry Angelina Jolie, but the pair split in 2016. He and the Maleficent star share Maddox, 18, Pax, 16, Zahara, 15, Shiloh, 13, and twins Knox and Vivienne, 11.

Last month, a source told Us Weekly exclusively why Aniston and Pitt’s friendship works. “A reason Brad and Jen get along so well now is that they’ve agreed to bury the past and not analyze what went wrong,” the insider said at the time. “They’re both looking forward, not back.”

END_OF_DOCUMENT_TOKEN_TO_BE_REPLACED

END_OF_DOCUMENT_TOKEN_TO_BE_REPLACED
We and our partners use cookies on this site to improve our service, perform analytics, personalize advertising, measure advertising performance, and remember website preferences.Ok