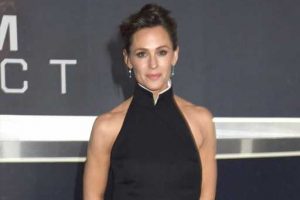 There’s been a lot of speculation surrounding Jennifer Garner and how she might feel about her ex, Ben Affleck, marrying a woman he had been engaged to before their marriage. It would be a completely normal human reaction to feel awkward about Affleck reuniting with Jennifer Lopez, but Garner reportedly had a different response.

A source close to the Yes Day star told Hollywood Life that not only is Garner “happy” for him, but it also sounds like she’s happy for herself. They revealed, “This relationship has been very stabilizing for him, and that’s a huge weight off Jen’s shoulders because she doesn’t have to worry about Ben anymore.” During Affleck’s sobriety struggles, it was Garner who he leaned on for support — and she was the one staged an intervention when he relapsed. The burden fell on her to help her children’s father because she wanted him healthy.

With his marriage to Lopez, Garner no longer has that responsibility. “He’s on track and taking care of himself,” the insider added. “It’s a relief to her that he’s chosen a partner that’s a totally positive influence with great family values.” The 50-year-old star is free to live her life, enjoy her romance with John Miller, and not have to look over her shoulder worrying about Affleck relapsing again. He has a built-in support system, and now, he and Garner can focus solely on co-parenting.

So when friends of Garner mention that the actress is “she’s truly happy for them,” we believe them. It’s challenging to be a caretaker on any level, but she did it while they were going through a divorce because her children deserved a healthy father.