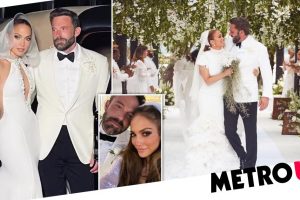 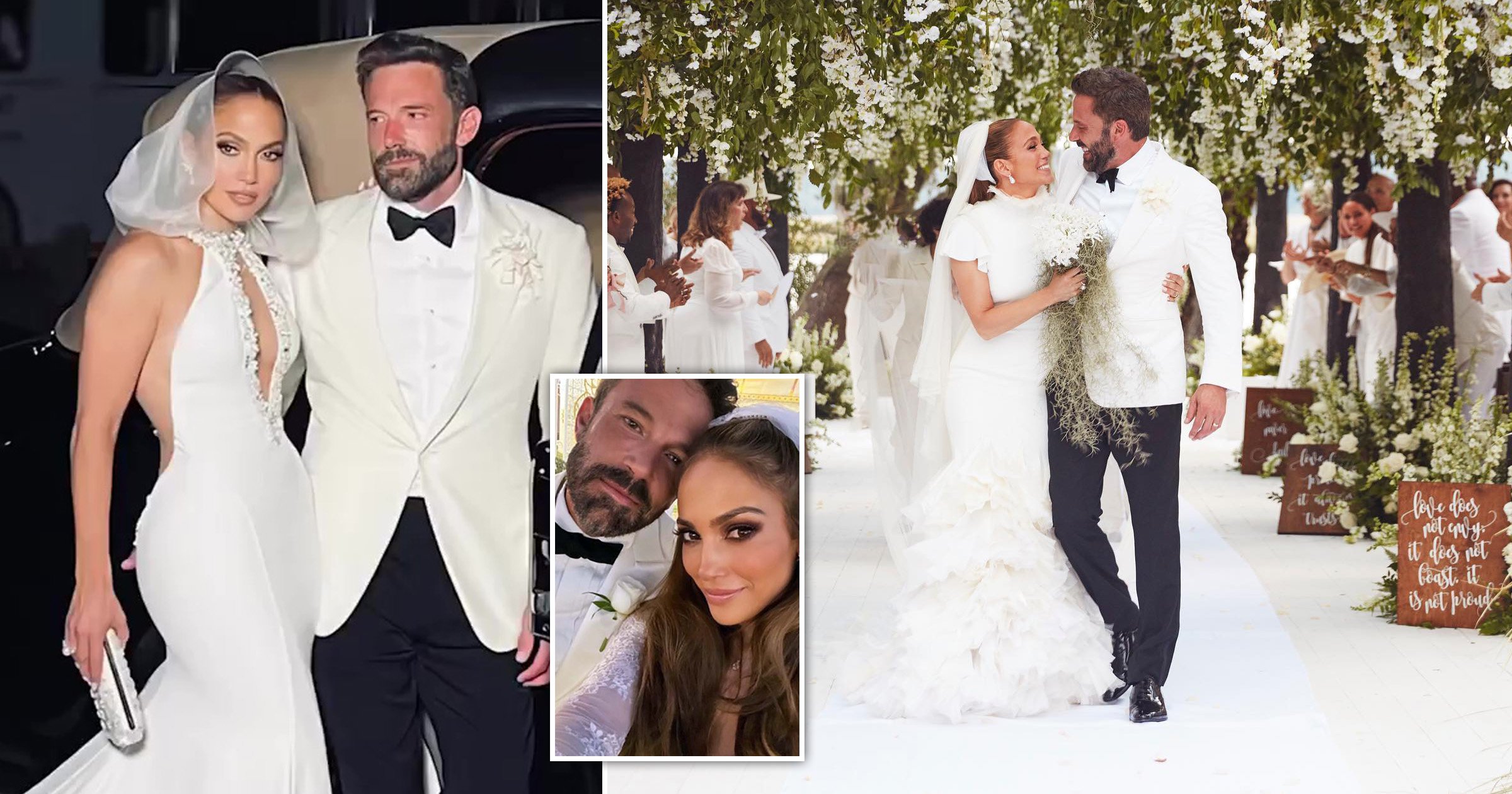 Jennifer Lopez has revealed another peek into her wedding with husband Ben Affleck last summer, sharing some never-before-seen pictures in the process.

The chart-topping singer and her Batman actor husband finally tied the knot (twice!) last summer, just under 19 years after they called off their original big day in September 2003.

They then went on to announce their split in January 2004, and embarked on other relationships and marriages in the interim as both became parents: Ben had daughters Violet, 17, and Seraphina, 13, and 10-year-old son Samuel, with ex-wife Jennifer Garner, and JLo, shares 14-year-old twins Max and Emme with former husband Marc Anthony.

Marry Me star Jennifer took to Instagram to mark the new year and celebrate her highlights of 2022, which she dubbed ‘one of the best years yet’.

‘I cannot wait for all that’s to come next year …,’ she added, alongside the hashtags ‘#HappyNewYear’, ‘#ImJustGettingStarted’, ‘#WaitingForTonight’ and ‘#ThisIsMeNow’.

The reel she posted offered clips and snapshots of each month of last year, featuring new photos of her and Ben at their Las Vegas and Georgia wedding ceremonies, as well as the 53-year-old enjoying planning in the run-up to their nuptials.

In April, she offered a close-up on her stunning green engagement ring, as well as posing in a veil, before the next month she looked over conceptual art and sketches for their big day.

The 2022 recap video then dived into wedding territory, as JLo shared sweet snaps of her and Ben’s intimate quickie ceremony in Sin City, where the couple posed for fun in their wedding finery – with Jennifer’s long veil fanning out behind them – for shots in the back of a pink convertible.

She also offered a glimpse of a final fitting for her figure–hugging Ralph Lauren couture gown with a stunning ruffled hem and train.

August then showed off their lavish three-day wedding celebration with friends and family at Oscar-winner Ben’s estate, and another snap of her and Ben together, this time in her bejewelled evening gown and him in a white tux.

Other highlights of the year included several performances, celebrating the twins’ birthday together, her and Ben’s honeymoon trip to Paris and plenty of kisses between the couple.

JLo recently revealed that her new album for 2023, This Is Me… Now, will delve into her rekindled romance with Ben.

Of the new album, she explained: ‘We captured me at this moment in time when I was reunited with the love of my life and we decided we were going to be together forever.’

It’s a follow-up to 2002’s This Is Me… Then, with the singer actually sharing that live performances of that record’s songs became too painful for her in the aftermath of her initial separation from Ben.

‘It was so painful after we broke up. Once we called off that wedding 20 years ago, it was the biggest heartbreak of my life. I honestly felt like I was going to die,’ the Jenny From The Block hitmaker said on the Zane Lowe Show podcast .