Jimmy Fallon: Trump’s Hanukkah Party Was a ‘Festival of Lies’

President Trump attended a crowded Hanukkah party at the White House on Wednesday, where, Stephen Colbert noted, he “greeted his guests and spoke about the true meaning of this beautiful religious holiday” — once again falsely claiming he had won the election.

“Even the dreidel was looking at Trump like, ‘Damn, this guy spins more than I do.’” — JIMMY FALLON

“I like how everyone whipped out their phones to record Trump, like it was a drunken fight in a Waffle House.” — JIMMY FALLON

“It’s probably good that Trump talked about the election. I feel like him winging the story of Hanukkah would have been worse. It’s like, ‘For eight nights, Jewish Santa would visit all the good little Kushners.’” — JIMMY FALLON

“Now, that might seem like a pathetic old man clinging to past glory, but his claims of election fraud actually have a lot in common with Hanukkah — they both involve a mysterious, endless supply of oil.” — STEPHEN COLBERT

“Oh, big Facebook news! No, your old friends from camp haven’t stopped being mad that you didn’t show up to the Zoom reunion.” — STEPHEN COLBERT

“Remember how back in the day we all had that cousin, you know, that cousin home from college who was like, ‘I’m not giving the corporations my private photos!’ and most of us were like, ‘Man, we get what you’re saying, but you’re also a vegan.’ But now, more and more, the rest of us are like, ‘Huh, maybe I shouldn’t have given big tech a perfect scan of my face so they can recognize me wherever I go on the planet.’” — TREVOR NOAH

“Yes, it’s just like Monopoly except every time you pass go, instead of getting $200, Zuckerberg sells your data to a Moldovan spam farm.” — STEPHEN COLBERT

“And can I just say, I’m very impressed that so many government officials are willing to come out against Facebook, especially when you consider how much Facebook knows about them.” — TREVOR NOAH

“So the F.T.C. is saying that Facebook must be broken up. To be clear, Facebook has not been broken up yet, but it has changed its status to ‘It’s complicated.’” — STEPHEN COLBERT

“What’s amazing to me is that, even though America is so divided right now, almost every state agrees that something needs to be done about big tech. And, look, whatever the merits of this particular lawsuit, the fact that it was brought at all should be a warning for Facebook, because if what you’re doing is so egregious that you’re bringing California and Mississippi together, you done [expletive] up.” — TREVOR NOAH

“Of course, if Facebook does break up, it faces the daunting task of going through and manually untagging all the photos of it together.” — STEPHEN COLBERT

“So Facebook could be in real trouble, which seems crazy, since they look so happy in all those pics they post. Their life is definitely way better than mine.” — STEPHEN COLBERT 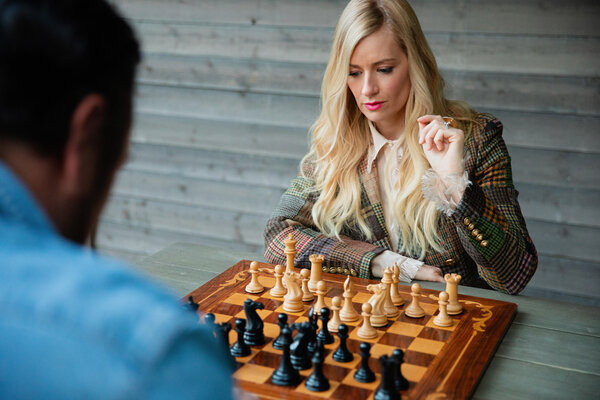 “The Queen’s Gambit” has inspired more women to take up chess, including Beth Behrs.

END_OF_DOCUMENT_TOKEN_TO_BE_REPLACED

END_OF_DOCUMENT_TOKEN_TO_BE_REPLACED
We and our partners use cookies on this site to improve our service, perform analytics, personalize advertising, measure advertising performance, and remember website preferences.Ok