Jimmy Kimmel apologises for use of blackface in past comedy sketches 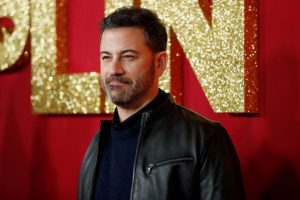 NEW YORK (NYTIMES) – After weeks of criticism, the ABC late-night host Jimmy Kimmel addressed his past use of blackface in comedy sketches, saying on Tuesday (June 23) that he apologised “to those who were genuinely hurt or offended by the makeup I wore or the words I spoke.”

Kimmel, the host of Jimmy Kimmel Live, had previously used blackface to play celebrities like Karl Malone and Oprah Winfrey on The Man Show, a Comedy Central series he starred in from 1999-2003.

Kimmel said in a statement that his impersonation of Malone had started when he was a radio host for KROQ in Los Angeles in the mid-1990s.

When he brought that impersonation to TV, Kimmel said, “We hired makeup artists to make me look as much like Karl Malone as possible. I never considered that this might be seen as anything other than an imitation of a fellow human being, one that had no more to do with Karl’s skin colour than it did his bulging muscles and bald head.”

Kimmel, who did not use the word “blackface” in his statement, said that as he looked back on his previous comedy sketches, many of them had become “embarrassing, and it is frustrating that these thoughtless moments have become a weapon used by some to diminish my criticisms of social and other injustices.”

He added in the statement, “I believe that I have evolved and matured over the last 20-plus years, and I hope that is evident to anyone who watches my show. I know that this will not be the last I hear of this and that it will be used again to try to quiet me.”

Kimmel made his remarks following several weeks of sustained criticism on social media that he and other entertainers have faced for using blackface in their work.

On June 1, Jimmy Fallon, the host of The Tonight Show on NBC, apologised on his programme for a Saturday Night Live sketch from 2000 in which he had appeared in blackface to impersonate Chris Rock.

Tina Fey, creator of the NBC comedy 30 Rock, said that she and her co-showrunner, Robert Carlock, had asked for several episodes of that show to be pulled from streaming services because they depict characters in blackface.

Fey said in a statement, “As we strive to do the work and do better in regards to race in America, we believe that these episodes featuring actors in race-changing makeup are best taken out of circulation. I understand now that ‘intent’ is not a free pass for white people to use these images.”

Episodes of other comedy shows like Little Britain and The Mighty Boosh have also been pulled from streaming services amid concerns about blackface.

Kimmel, who is slated to host the Emmy Awards in September, announced last week that he would be taking a vacation from Jimmy Kimmel Live and would have guest hosts fill in for him throughout the summer.

He said in his statement on Tuesday that this vacation had been planned “for more than a year and includes the next two summers off as well,” adding that he would return to the show in September.