A new CNN poll shows that Joe Biden is the top Democratic contender in the 2020 race, ahead of Bernie Sanders. The late-night hosts had fun guessing what Biden supporters’ catchphrase for him might be, and they shared their thoughts on “Make America Moral Again,” his answer to the Trump slogan.

“Looks like Democrats aren’t ‘Feeling the Bern’ so much as they’re ‘Jonesing for Joe.’ Or ‘Vibing the … Bide’? Or ‘Weepin’ for the former Veep’n’?” — STEPHEN COLBERT

“Make America Moral Again is a nice sentiment, but it is an absolutely terrible hat. It’s Joe ‘MAMA.’” — JIMMY KIMMEL

After noting a report that Biden had asked President Barack Obama not to endorse him, Stephen Colbert joked that he must be furious that his former boss had somehow snuck into his latest ad (which, as Colbert showed, was extremely Obama-oriented).

“Joe Biden could not get any closer to Barack Obama if he were a pair of dad jeans.” — STEPHEN COLBERT

The hosts took aim at President Trump for suing both Deutsche Bank and Capital One to stop them from giving Congress information about his financial dealings. “You know, just the normal, routine actions of a completely innocent man with nothing to hide,” James Corden said.

“You know Trump has turned everything upside down when we all suddenly find ourselves on the side of the big banks.” — JAMES CORDEN

“These are personal and business records that Congress issued subpoenas for. But you know the president. He treats subpoenas like they’re wedding vows — they mean nothing to him.” — JIMMY KIMMEL

One of the biggest headlines on Tuesday was Trump’s meeting with Speaker Nancy Pelosi and Senator Chuck Schumer, which concluded with an agreement to pursue a $2 trillion infrastructure plan.

“Today, Trump met with Nancy Pelosi and Chuck Schumer, and they agreed to work on a $2 trillion infrastructure plan to build roads, bridges and highways. Or as Nancy Pelosi put it, ‘Anything but a wall.” — JIMMY FALLON

“They’re going to meet again in three weeks to figure out how to pay for it, and you already know Trump is going to say ‘Mexico.’” — JAMES CORDEN

“That’s right. They have an agreement with Trump, just like his contractors, the students at Trump University and his first two wives.” — SETH MEYERS

Seth Meyers shared home-video footage of his 1-year-old-son, Axel, throwing a cellphone at his face at very close range. “I feel like I kept my cool pretty well there,” Meyers said, laughing at his dramatic reaction to what he thought at the time was a broken nose.

The “Game of Thrones” star Emilia Clarke will appear on “Jimmy Kimmel Live,” where she will most likely get grilled on Sunday’s epic battle, as well as its confusing lack of lighting. 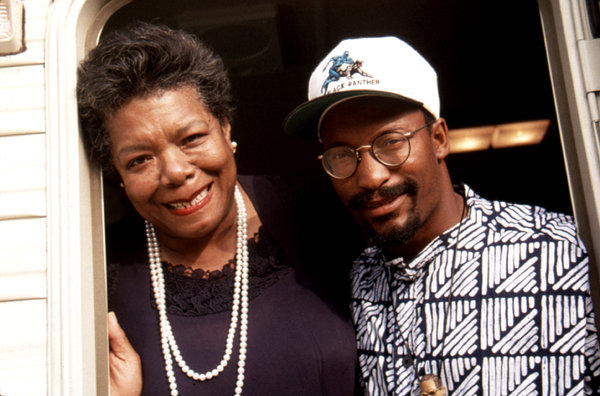 The filmmaker John Singleton, who died Monday at 51, was both the youngest and the first black person to be nominated for a best director Academy Award. A.O. Scott paid tribute with an appraisal of Singleton’s “poetic vision of African-American life.” Here’s how to stream six of his best films, including “Boyz N the Hood” and “Higher Learning.”

END_OF_DOCUMENT_TOKEN_TO_BE_REPLACED

Because baby, you’re the right kind of wrong. It’s been 20 years since Coyote Ugly first danced its way into our hearts, yet it still […]

END_OF_DOCUMENT_TOKEN_TO_BE_REPLACED
We and our partners use cookies on this site to improve our service, perform analytics, personalize advertising, measure advertising performance, and remember website preferences.Ok