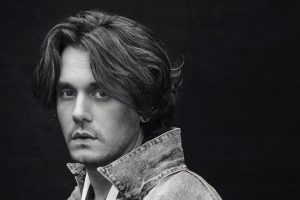 If the seamy synths and seamier guitar on John Mayer’s new moper “Last Train Home” — the first single from a forthcoming album, “Sob Rock” — are any indication, he may be just a few years away from making his version of “The End of the Innocence,” perhaps the leading post-sleaze, decaying-rock album of the 1980s. Strong approve. JON CARAMANICA

The classic country boy seduction of the city girl, except in 2021 Nashville, the country boy sure does have the air of a city slicker. Noah Schnacky has a cinched-tight pop-friendly voice and a rhythmic approach to singing indebted to Sam Hunt, deployed here in service of smooth-talking a woman who’s left Los Angeles — and presumably thousands of men who sound just like this — behind. Jimmie Allen, one of country music’s few Black stars, arrives in the second verse and sings a few lovely and restrained bars, as if not to overwhelm. CARAMANICA

Liz Phair, ‘In There’

On “Soberish,” Liz Phair’s first full album since 2010, she examines a divorce in all its bewilderment, ambivalence, resentment, nostalgia and tentative steps ahead. She also circles back to work with Brad Wood, who produced her three definitive 1990s albums. “In There” ticks along on electronic drums and pulsing keyboards, as Phair notes, “I can think of a thousand reasons why you and I don’t get along” but also admits, “I still see us in bed”; it’s not a clean breakup. JON PARELES

Wolf Alice, ‘Lipstick on the Glass’

The British band Wolf Alice makes rock that’s sometimes dreamy, sometimes spiky. “Lipstick on the Glass,” from its third LP, “Blue Weekend,” falls on the woozier end of its spectrum. Over a wash of synths and an undulating riff, the singer and guitarist Ellie Rowsell sings about reconnecting with a partner who’s strayed. The bridge makes clear that it’s a road well traveled, as Rowsell lets her glowing soprano climb with each repetition of the section’s only lyrics: “Once more.” CARYN GANZ

Billie Eilish 3.0 is leaning into slowgaze R&B, croaky dismissals, modern burlesque, 1950s jazz, sentiments that smolder but don’t singe. She’s peering outward now, and her eyes are rolling: “I used to think you were shy/But maybe you just had nothing on your mind.” CARAMANICA

The Argentine songwriter and singer Sofia Rei is also a professor at NYU’s Clive Davis Institute, where she created the course New Perspectives in Latin Music. “Un Mismo Cielo” — “The Same Sky” — is from her new album, “Umbral,” It’s thoroughly global world music, using looped vocals, jazzy clusters on piano, Andean panpipes, a funky bass line and a keyboard solo that hints at Ethiopian modes. Echoing the way she melds music, Rei sings about lovers who are separated, yet they still see the same sky. PARELES

In “Sweet Dreams,” a quiet gem from Seinabo Sey’s new EP, “Sweet Life,” she sings about “beautiful pain” and how she’s “longing for peace/but won’t see it soon.” Sey was born in Sweden and raised in both Sweden and Gambia, her father’s birthplace; her low voice radiates a serene melancholy with a backdrop of hovering keyboards and the barest inkling of a beat. She’s singing, perhaps, about a year of isolation and contemplation: “Maybe some things needed a break for people to change,” she muses. PARELES

On his new album, “Rare Pleasure,” the producer, composer, keyboardist and vocalist Mndsgn enlisted a top-flight crew of L.A. improvisers, including Kiefer Shackelford on keys, Carlos Niño on percussion and Anna Wise on backing vocals. These tracks scan as a matte collage of Southern California radio moods from the past 50 years: 1970s spiritual jazz and fusion, smoother ’80s stuff, the soft rock that ran alongside all of it. But on “3Hands / Divine Hand I,” he’s mostly splitting the difference between Thundercat and Stereolab, singing affable absurdities in a distant falsetto: “Three hands is better than the two that you were born with.” GIOVANNI RUSSONELLO

“I want it all,” Yendry raps matter-of-factly, in Spanish, as she begins “Ya” (“Already”). Yendry was born in the Dominican Republic and raised in Italy, and “Ya” reflects musical tastes that encompass Radiohead alongside reggaeton. The beat is Caribbean; the slidey hook and puffy chords are electronic, and Yendry sings and raps about conquering fears, self-reliance and choosing to live as if she’s immortal. “Ya” is equal parts sultry and brash. PARELES

Cavetown, ‘Ur Gonna Wish U Believed Me’

The ghostly, deliberate, double-tracked whisper and subdued acoustic guitar of Elliott Smith have been revived by Cavetown: the English songwriter Robin Skinner, who has also produced fellow bedroom-pop songwriters like mxmtoon and Chloe Moriondo. Like Smith, Cavetown cloaks self-doubt and depression in deceptive calm and hints of Beatles melody. In “Ur Gonna Wish U Believed Me,” he sings about “The fraying threads of recovery/Crushing me from above and underneath,” and eventually Cavetown makes the underlying tensions explode into noise. PARELES

The esteemed jazz drummer Gerald Cleaver was mostly alone when making “Griots,” an electronic album that he recorded last year during the height of the coronavirus pandemic. But he kept in close touch with his inspirations: Almost every track is titled for a mentor or collaborator. The sparse and pointillist “Galaxy Faruq (for Faruq Z. Bey)” is his dedication to a Detroit saxophonist who inspired Cleaver early in his life. But on this track and others, he’s reaching way beyond the jazz tribe, conversing with an off-the-beaten-path lineage of electronic musicians with roots in the Midwest: the D.J. Theo Parrish, the post-house musician Jlin, the pianist Craig Taborn’s Junk Magic project. RUSSONELLO