Home » Entertainment » Jonas Brothers Performed a New Song at the Grammys, and We're Losing Our Cool 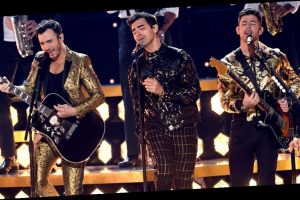 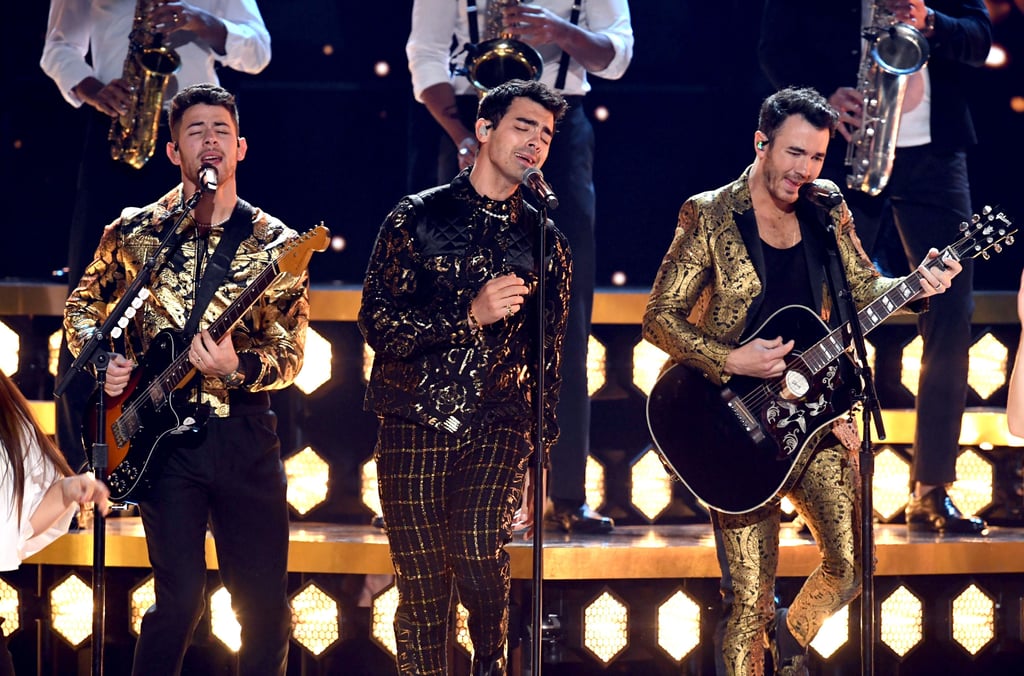 The Jonas Brothers hit the Grammys stage for the first time in over a decade on Sunday night. The brothers, who are up for best pop duo/group performance, sang a new track titled “Five More Minutes” before performing “What a Man Gotta Do.” During a Shazam video, the brothers revealed that the songs would be part of a “forthcoming album.” Did you hear that? Another Jonas Brothers album is in the works! Kevin, Joe, and Nick looked in their element as they rocked out on stage in gold outfits. Naturally, they had the support of their respective wives, aka the “J Sisters,” as they cheered them on in the crowd. Kevin even leaned to kiss Danielle while making his way to the main stage with his brothers.

The last time the brothers attended the Grammys together was all the way back in 2010 before their breakup in 2013. Clearly a lot has changed since then. After announcing their reunion last year, the brothers have released a documentary, dropped a new album, and gone on tour. With the release of their new songs and the recent announcement of their Las Vegas residency, it seems like they don’t plan on slowing down anytime soon.

END_OF_DOCUMENT_TOKEN_TO_BE_REPLACED

END_OF_DOCUMENT_TOKEN_TO_BE_REPLACED
We and our partners use cookies on this site to improve our service, perform analytics, personalize advertising, measure advertising performance, and remember website preferences.Ok