Let’s see. There’s Nighty Night’s Jill, a woman counting down the days to her husband’s death, who will do anything to seduce her married neighbour – never mind his wife, who has MS.

In new show Sally4Ever, she has created yet another monster in the socially tone deaf Emma, a singer/ actress/ musician/ poet/ author who seduces the titular Sally.

She cajoles her into leaving her fiance, trying to take his house, and lots of sex in inappropriate places (said ex’s mother’s house in the immediate aftermath of his father’s untimely death, as she sleeps across the landing, being one of them).

So when you ask Julia Davis if there are any aspects of herself in her characters – which is she most like, if she had to pick? – she unsurprisingly takes her time to answer. 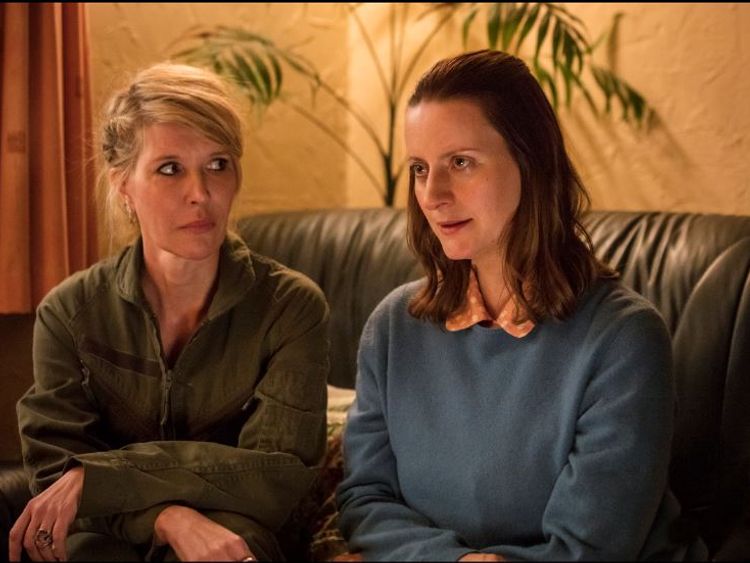 There is, it has to be said, a certain similarity to the roles Davis plays.

She does narcissism, ignorance and an obsession with sex very well – but it is immediately apparent there are no similarities with their creator. Not least because she thinks very carefully before she speaks.

“There’s maybe small elements of all of them I suppose but actually I’m probably more like Sally in this show than I am like Emma,” she says eventually.

“I think I prefer to play strong people who don’t really give a sh*t. I think there’s something really fun about that which is not really how I live. Sometimes I wish I was a bit more like that in real life… although not to those extremes.”

Fans of Davis’s work might be surprised by her in real life. Not that you’re expecting a woman who would pole dance at a coffee morning like Jill, or feed pills to a child to get rid of them, like Emma.

“I do understand because I’m guilty of it as well, where you watch someone play a character and you think they’re going to be like that,” she says. “Obviously, I hope that’s not true at all.

“But yeah, I do think I’ve done that with people I’ve met before, been disappointed when they’re not like how you think they are. I think in the same way people often think everyone who does comedy is going to be funny.”

Does she get that?

“I definitely can’t do that thing of being funny all the time, at all. That’s why I never go on chat shows or things like that. I think some people are just built for that sort of thing. I don’t think of myself as a ‘comedian’. I’m someone who writes and acts in comedy.” 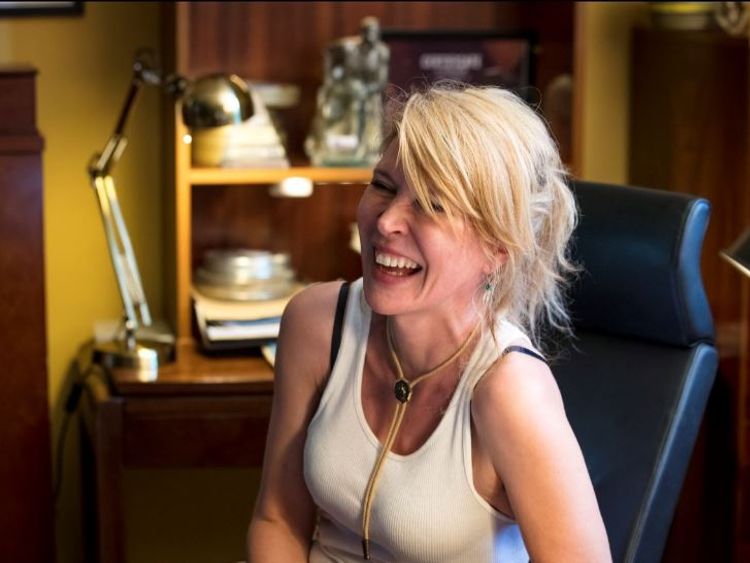 Davis’s particular brand of comedy has something of a cult following. Her work is a magnet for the word “dark”, which crops up in interviews and reviews every time she has a new show out.

It’s not an adjective she likes particularly, mainly because she doesn’t know how to answer the question of “why?”. So how does she describe her work, if not dark? She likes exploring extreme ideas, she says. It’s as simple as that.

“It’s quite funny as I get such different reactions. Robert Popper, who writes Friday Night Dinner, told me he enjoyed the show, and said it was ‘so silly’. I think people view it in that way.

“I think although there is darkness in what I do there is also silliness… some of the things I like looking at are the same as people look at in drama and I think comedy is often viewed as this second rate thing next to drama.

“I don’t know if I deliberately want to shock people. I like exploring extreme ideas, I suppose. But to be honest, sometimes I kind of wish I could write something a little bit more subtle.

“I tend to think in quite an extreme way… maybe it’s some sort of disorder I have. I certainly don’t want something too predictable. I think in this series where it goes story-wise is hopefully not very predictable.” 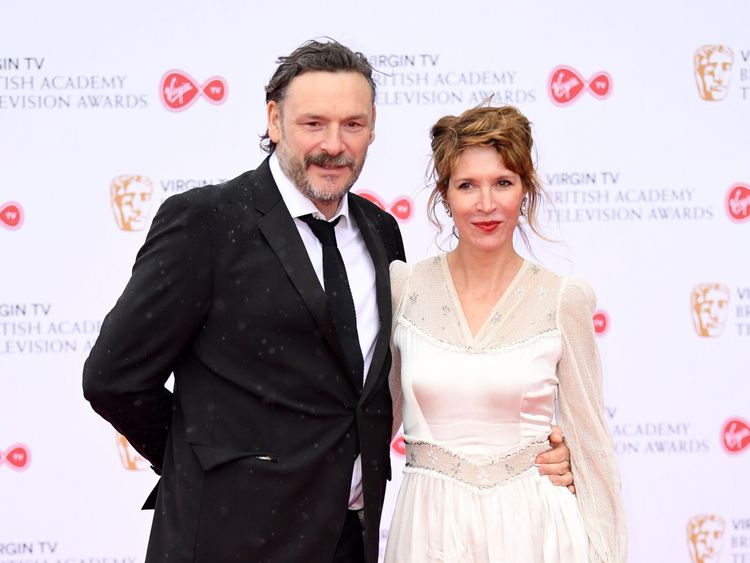 Having launched on Sky Atlantic last month, Davis fans will already be up to speed with Sally4Ever, which she has written and directed. If you’ve not watched it yet, you should.

Davis, as always, is brilliantly awful as Emma, who muscles her way into the home of the meek and mild Sally (played by Catherine Shepherd), at the expense of her hapless, boring fiance David (Alex Macqueen).

In typical Davis style, no subject is taboo: in the first episode alone, there is a sex scene involving lots of nudity, a tampon and feather dusters. It’s not tea-time viewing with your mum and dad, put it that way.

Davis says she didn’t think about the filth-factor too much until it came to filming the scene with body doubles.

“I think going from seeing that on a page where you’re thinking that will be hilarious and funny and all that, to then meeting the body doubles… that’s a bit nerve-wracking as I’d never done anything like this before, but they were fine. 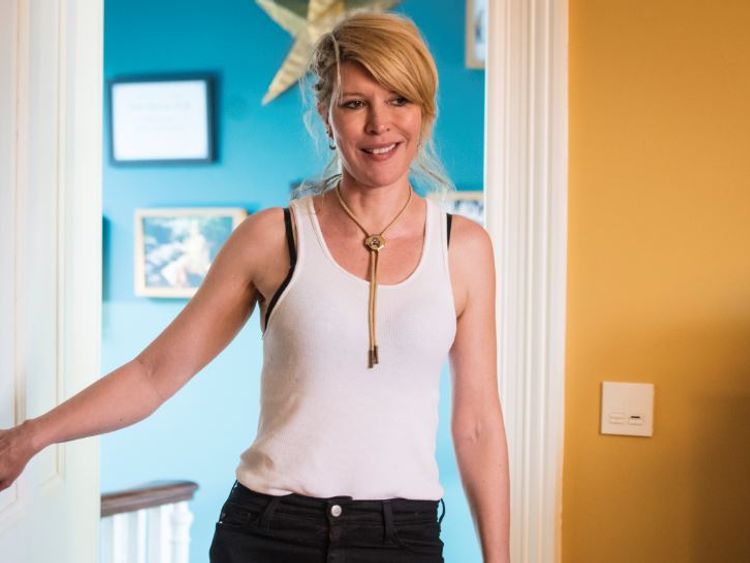 “I think the fact that it was for comedy as well really takes the pressure off. Okay, so I didn’t do the actual naked stuff but a lot of what we did was pretty intimate and the fact it was comedy helped.”

There’s a sort of fantasy world, she says, before her programmes go to air, where she forgets that people will actually see her work. She jokes: “It’s only when you’re sitting with press at a screening when it hits you, you know – what you’ve done.”

In the era of outrage, does Davis think more carefully now about the subjects she tackles through her comedy?

“Truthfully I think I still go for it, I don’t think too much about that and actually I think that’s what Vicki (Pepperdine) and I do in our podcast, which is very offensive. I think if you do that too much you’re then not going to be doing something true to what you find funny.”

Davis’s “agony aunt” podcast, Dear Joan and Jericha, with Pepperdine, is the sort of listen you need to be careful with on public transport if you’re the type who worries about laughing out loud.

Joan, who has been married several times and has five children, recently turned her hand to erotic-romantic adult fiction, while Jericha (married for 30 years and has an only daughter) has written five books on depression.

Crucially lacking in empathy, there is no let-up in their awfulness.

Davis makes no apologies. Nighty Night, she says, was the “most obvious, extreme version of that stuff”.

“For me, that was all about my own fears, really, that I’m exploring through different characters. It certainly isn’t that I find MS or cancer funny. I just lost both my parents to cancer, so I do know…

“It’s trying to take really scary things and… making light of them. Apparently Kylie watched Nighty Night when she was recovering from cancer and liked it. I think people very much know what spirit it’s meant in. I’d feel terrible if someone couldn’t see it that way.”

She says dealing with life’s ups and downs through comedy “is what I’ve always tried to do… but everyone’s got different ways of managing the chaos of life”.

With so much silliness under her belt, or Jill’s chaps, would she ever consider anything serious?

“I love watching drama, so possibly… I saw The Wife with Glenn Close and obviously I could never act like Glenn Close but something like that I would like to do.

“But I really do think the amount of fun you have on set making comedy is really important. I don’t know how much fun you’d have on a drama.”

:: Sally4Ever airs on Thursdays at 10pm on Sky Atlantic and NOW TV