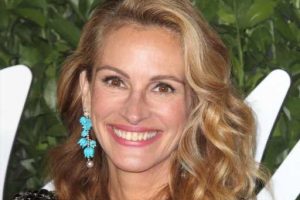 For being one of the biggest stars in Hollywood, Julia Roberts maintains a very private life. It’s not often we see photos of her and her life with husband Danny Moder and their three kids, twins Hazel and Phinnaeus, 16, and son Henry, 14. So it was a treat when Moder posted a skateboarding video of Henry in honor of his 14th birthday — we were able to catch a glimpse into his very normal teen life. 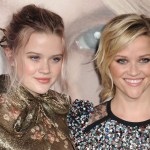 The skilled athlete is seen catching some air on his skateboard as he does a flip and heads down the ramp. The slow-motion clip zeros in on Henry’s face and we can see he’s a dead ringer for his dad with the same sandy brown hair and hazel eyes. Moder captioned the video with a sweet message, “Turning 14…. turning in the air…summers turn. Ya Henry.”

Even though Henry is his dad’s twin, the Pretty Woman star thinks her kids have inherited one major part of her personality — and she kind of digs it. “They all have a very keen sense of humor,” Roberts told People. “They all have a sort of different style of humor, but I do think they are all pretty funny, and I really hope they get that from me because that’s what I tell everybody.”

Even in 2017, Henry’s sporty fashion sense was already evident to mom. She said, “Henry has a real, kind of athletic style.” Roberts keeps her kids off her social media page, but her cinematographer husband gives us a few more hints of how just-like-us their lives really are. By raising their family out of the spotlight and away from the red carpet, all three of their children have had the ability to develop their own personalities outside of their parents’ big careers.