Home » Entertainment » K-drama Hotel Del Luna to get US remake

K-drama Hotel Del Luna to get US remake 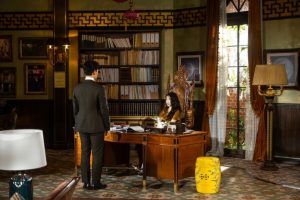 Studio Dragon, the maker of the drama, which recently opened an American branch, announced a collaboration with Skydance Television on Wednesday (June 24) to plan and produce the American remake.

Skydance Television is a division of American production company Skydance Media, which is behind movies such as Mission: Impossible – Fallout (2018), Terminator: Dark Fate (2019) and Gemini Man (2019).

This is the first time a South Korean studio will be working with an American production company on an equal standing in creating a scripted show.

Ms Alison Schapker, one of the producers of the Netflix series Altered Carbon (2018 to present), will be developing and producing the remake.

“We are excited to be partnering with Alison and Studio Dragon to bring this timeless story to a global audience,” said Mr Bill Bost, the president of Skydance Television.

In the original series, Hotel Del Luna revolves around an elite hotel manager, played by actor Yeo Jin-goo, and his boss, played by singer-actress IU, running a hotel for spirits. It was the highest-rated tvN drama series in 2019.

“We believe Hotel Del Luna will enhance the reputation of Korean storytelling around the world by showcasing the global appeal of our local stories,” said Mr Park Hyun, head of Studio Dragon’s global division.