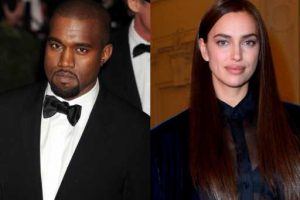 Kanye West seemingly has a “type,” but not in the same way most people do. Instead, the rapper’s preference seems to have more to do with how he initially meets, or at the very least sees, prospective partners, and makes a move from there. The Yeezy designer and and model Irina Shayk are reportedly an item, having just taken an extravagantly luxurious romantic vacation to France in celebration of West’s birthday. But what’s particularly interesting is how the pair met — and that it seems to reflect a pattern in West’s dating history. 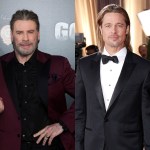 
All the Celebrity Couples Who Met on Set

West first met Shayk in 2010, when she appeared in his the music video for his song “Power.” The two crossed paths again in 2012, when the model walked the Yeezy fashion show runway at Paris Fashion Week.

“Kanye was the first one to reach out,” a source now tells Us Weekly of their current relationship, adding that “the romance was similar to his [relationship] with Kim Kardashian because he saw her on his video shoot in 2010 and thought she was gorgeous. He always thought she was special and she held a place in his mind.”

This wouldn’t be the first time a music video appearance led to something more serious for the rapper. In late 2010, West was reportedly romantically involved with Victoria’s secret model Selita Ebanks, who appeared in his “Runaway” music video.

And, of course, West also starred alongside his now estranged wife Kim Kardashian in the video for “Bound 2.” West initially met Kardashian while she was working as Brandy’s assistant, with whom West was making a video at the time.

I suppose we can’t help but stan the music video to relationship pipeline.