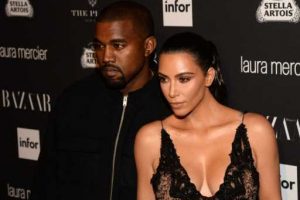 Although Kanye West and Kim Kardashian seemed to have split on amicable terms, the former couple is reportedly not in contact with one another — despite continuing to co-parent. Kimye has shown to be dedicated to ensuring their kids’ best interests are at play, but as for their relationship with each other, well, it’s pretty much non-existent at this point. According to Page Six, West abruptly cut all forms of direct communication with Kardashian and even changed his phone number. 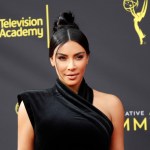 Since Kardashian is not able to coordinate details and plans regarding her four kids with West, who you might ask has been helping the couple transition into the co-parenting process? West’s security team. “Even before Kim filed for divorce, Kanye changed his numbers and said, ‘You can contact me through my security,” a source told the outlet.

Despite their rocky communication, the publication shared that the two have been pretty successful in sharing custody of their kids. The Page Six insider explained, “Despite this, she trusts him around the kids. He loves them and is seeing a lot of them.” Apparently, West has strategically been planning his visits with North, Saint, Chicago, and Psalm when Kim is out of the house.

“She leaves the house and he arrives and hangs out with the kids. They have an army of nannies so the transition is easy,” the source said.

Obviously, fans of Kimye will be disappointed to hear that the two are not on speaking terms but we’re glad Kardashian and West are seemingly continuing to co-parent successfully.