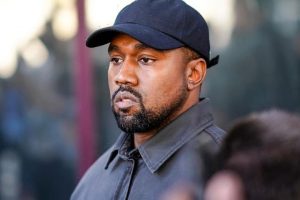 Kanye West recently turned up to Donda Academy‘s first game of the season to show his support for the basketball team. Ye recently announced that he is tapping into the world of high school basketball with the launch of Donda Academy, which is slated to be a prep school for some of the most talented prospects across the nation.

JJ Taylor, Zion Cruz, Rob Dillingham and Jahki Howard are amongst the group of young, top-caliber players that have committed to Ye’s academy. In their first game, the team played against Minnesota Prep. Despite showing great potential in their debut game, Donda Academy lost by six points 92-86 match for Minnesota Prep. Cruz scored 15 points while Dillingham scored 18.

Overtime tweeted a video of Kanye sitting on the sidelines at the Donda Academy debut. It comes as no surprise that the rapper was courtside supporting his team as the project means a lot to the DONDA star. Overtime took to YouTube to post the highlights of the game, as well as glimpse of Ye at the game. Check it out below.

In other sports news, Michael Jordan is the highest-paid athlete ever with $2.62 billion USD in career earnings.
Source: Read Full Article