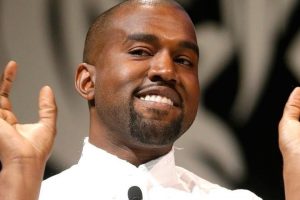 After unexpectedly sharing his appreciation for the

Despite his affiliation with adidas, the YEEZY head was photographed wearing a pair of Nike Vandal High sneakers. Paired with his bold face mask, a bright blue puffer and an all-black top and bottom set, Kanye wore the NikeLab exclusive Vandal High “Terminator” released in 2015 to promote the release of Terminator Genisys.

It is currently unclear if Kanye’s footwear choice is in breach of his agreement with adidas.