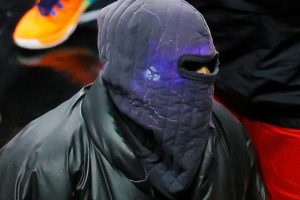 DONDA, the newest release from Kanye West, could be his best-selling album in almost decade.