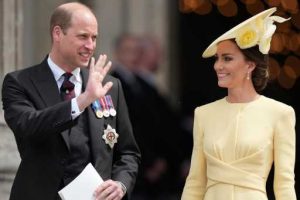 The upcoming trips to the East Coast for Sussexes and the Prince and Princess of Wales sure feel like dueling royal engagements — even though Prince Harry and Meghan Markle have left their senior roles behind. Prince William and Kate Middleton are looking forward to their time in Boston, but there is a lot of pressure to deliver positive headlines and lots of royal goodwill during the visit.

Right now though, the focus is on Harry and Meghan and their Robert F. Kennedy Human Rights Foundation’s Ripple of Hope Award because they are being honored for their “heroic” stance against racism while they were members of the royal family. This gala is happening only days after Kate and William’s Boston Earthshot Prize event — a PR nightmare for the palace.

The Sunday Times noted that Kate and William’s U.S. trip is being viewed “in royal circles as one of the most important overseas trips for years.” It’s on their shoulders to get the monarchy back track. However, it’s not that simple, according to Tina Brown, author of The Palace Papers: Inside the House of Windsor–the Truth and the Turmoil, because “interest in William and Kate is low boil.” She thinks it was a mistake to only include Boston on the itinerary “where sizzle factor is quiescent, to say the least.” Brown would have gone all-out to make sure Kate had her Princess Diana moment with John Travolta, suggesting “a White House dinner, with Kate hitting the dance floor with [the actor] Bradley Cooper” in “the dress Kate wore to the James Bond opening.”

Well, that’s not going to happen on the visit. They reportedly want this engagement to be seen as a “part of their more modern approach to statesmanship,” but it doesn’t seem like many people are interested so far. They are going to have to ramp up their presence and work hard to win over Americans, who primarily sided with the Sussexes after their interview with Oprah Winfrey.

Before you go, click here to see more photos of Prince William & Kate Middleton through the years. 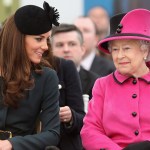