This holiday season will be very special for the members of the royal family. It’s the first Christmas of King Charles III’s reign, and the first without the House of Windsor’s matriarch, Queen Elizabeth II. The royals will undoubtedly take time to reflect on the long-reigning sovereign’s life and Christmases they shared with her. For her part, Kate Middleton already paid tribute to Queen Elizabeth by reflecting on her “incredible legacy” in a touching video.

“So thrilled to be back at Westminster Abbey for our second [Together At Christmas] carol service,” the caption to Princess Kate’s video read. “This year’s service is dedicated to Her Late Majesty Queen Elizabeth II and to all those who are sadly no longer with us. While Christmas will feel very different this year, we can still remember the memories and traditions we shared,” the caption continued. “Take time to slow down and celebrate with family and friends all the wonderful things that make Christmas so special.”

A post shared by The Prince and Princess of Wales (@princeandprincessofwales)

The sweet sentiment from the caption was reiterated by the Princess of Wales in the video. Princess Kate remarked on the spirit of the season, and the late monarch’s indelible impact. “This year, we’ve invited hundreds of inspiring individuals to the service,” she said in her prepared statement. “Those who showcase the power of connectedness and community values, allowing us to continue Her Majesty’s tradition of recognizing and thanking those who have gone above and beyond to support others,” she continued.

In closing her statement, Princess Kate noted, “Her Majesty leaves with us an incredible legacy, and one that has deeply inspired many of us.” The Princess of Wales beautifully articulated just how much the queen’s loss will be felt this year. But the Together At Christmas carol service will surely serve as an opportunity to honor the late monarch, celebrate the season, and embrace the chapter ahead.

Before you go, click here to see the British royal family’s Christmas cards through the years. 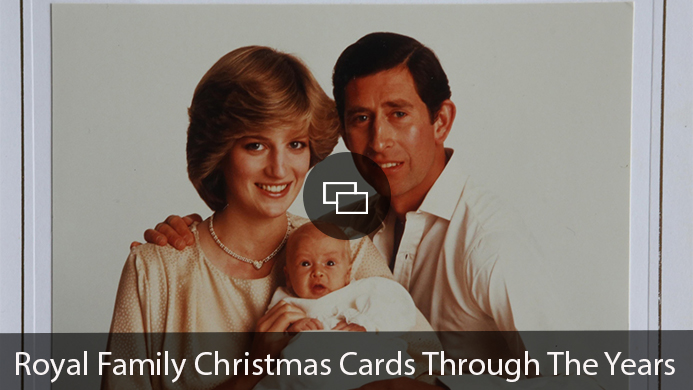