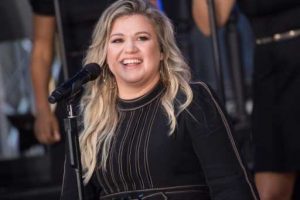 Kelly Clarkson’s divorce from Brandon Blackstock has more lives than a cat. Each round continues to be a battle over the fortune the pop star has earned over the years — and she’s putting her foot down when it comes to anything beyond their prenuptial agreement.

Clarkson is reportedly “devoting 100 percent of any free time she has preparing for the trial” and is “hunkered down with [attorney] Laura Wasser,” according to an Us Weekly source. She’s making sure that her side of the divorce case is strong, so that the legal document they signed before they got married in 2013 will hold up in court. “She will not even entertain the idea of settling with Brandon,” the insider continued. “He will not get one penny from her that isn’t ordered by the judge.” They are also predicting that the ongoing divorce drama will continue to be “nasty.”

Anyone who has been following their drawn-out split knows that the Montana ranch has been a point of contention. The judge legally declared Clarkson the owner of the property with Blackstock, who has decided to become a rancher after his final music client, Blake Shelton, fired him, responsible for the $81,000 per month maintenance fees. If he should default on the upkeep, then the talk show host can sell the ranch. Of course, there is one more hook to this saga — after Clarkson tried to get him evicted from the property, Blackstock held firm until he got a very small share (5.12 percent) of the $17,750,000 estate. If the “Because of You” singer does get to offload the ranch, he stands to make around $908,800.

With the prenuptial agreement and his possible earnings from the sale of the Montana property, Clarkson is done with the financial aspects of the divorce. It sounds like she is ready to fight Blackstock to the bitter end, even though he won’t let go.