Ken Spears, Partner in an Animation Powerhouse, Dies at 82 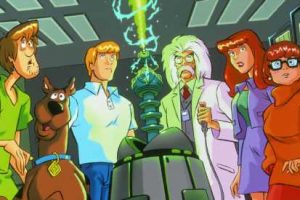 Ken Spears, who helped create “Scooby-Doo, Where Are You!,” the series starring a gang of mystery-solving teenagers and a hapless, hungry dog that became one of the most lucrative franchises in the history of animation, died on Nov. 6 at an assisted-living facility in Brea, Calif. He was 82.

The cause was complications of Lewy body dementia, his son Kevin said.

Mr. Spears was just out of the Navy when a friend’s father, William Hanna, offered him a job in the editing studio of his new company, Hanna-Barbera. As Mr. Spears said later, he initially had no idea Mr. Hanna was in the cartoon business; he just liked the salary ($104 a week).

At Hanna-Barbera, he met Mr. Ruby, also newly sprung from the Navy, and the two began writing gags and scripts. They caught the attention of Fred Silverman, then head of daytime programming at CBS, who charged them with creating a cartoon series that was a blend of “I Love a Mystery,” a radio show popular in the 1940s about three friends looking for adventure; the 1948 comedy-horror movie “Abbott and Costello Meet Frankenstein”; and “The Many Loves of Dobie Gillis,” the popular sitcom that ran from 1959 to 1963 about a teenager looking for love and his slacker beatnik sidekick.

Mr. Silverman also wanted the show to feature a pop song in each episode, just like “The Archie Show.” That didn’t work out, but Mr. Spears and Mr. Ruby, working with the artist Iwao Takamoto, created a half-hour comedy mystery with a quartet of teenagers and a goofy Great Dane with a gruff bark — and, after 15 or so drafts, they realized the dog was the star. In an oral history, Mr. Silverman said he landed on the name Scooby-Doo after hearing Frank Sinatra singing the familiar riff from his 1966 hit “Strangers in the Night”: do-be-do-be-do.

Mr. Spears and Mr. Ruby worked for Mr. Silverman at CBS and then ABC before starting their own company, Ruby-Spears Productions, in 1977. Over the next two decades, they rolled out numerous animated shows, including the postapocalyptic “Thundarr the Barbarian” and “Fangface,” which starred a gang of teenagers and an adorable werewolf (like Scooby but weirder). The company also produced “Alvin and the Chipmunks,” a reboot of the 1961-62 series “The Alvin Show.”

“Ken was half of the most important creative team in Saturday-morning animation in the ’70s and ’80s,” Mark Evanier, a television writer who at one time worked for Mr. Spears and Mr. Ruby, said in an email. “He and Joe left behind hundreds of hours of cartoons that will rerun forever, featuring characters they created that were an important part of millions of childhoods.

“It’s amazing,” he added, “that two guys who met in the editing room while cutting film could wind up writing and producing so much material that would end up on film.”

Yet the pair never felt they received their creative due for inventing the powerhouse that was “Scooby-Doo,” which is considered the most spun-off series in the history of television, said Kevin Sandler, an associate professor of film and media studies at Arizona State University who is working on a book about the show. Animation is a collaborative business, and cartoons are considered work for hire, so it was often the studios — or the studio heads — who got the credit for the shows created under them. 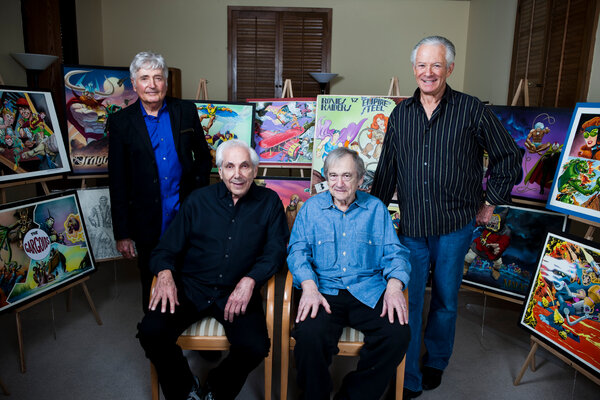 Charles Kenneth Spears was born March 12, 1938, in Los Angeles and grew up in New York City and Los Angeles, where he went to high school with William Hanna’s son Dave. His mother, Edna (Graiver) Spears, died a month after his birth; his father, Harry, worked as a radio host and producer before becoming a real estate agent.

Over their long career together, Mr. Spears and Mr. Ruby had a habit of working on weekends, alternating between each other’s backyards, armed with yellow legal pads and a tape recorder — and cracking each other up.

“I remember them just sitting there out the back, laughing,” Kevin Spears said. “They had a lot of fun together.”

He added that he had once asked his father if he had ever wanted another partner. The answer was an emphatic no: “Why would I ever want to work with anybody else but Joe?”

END_OF_DOCUMENT_TOKEN_TO_BE_REPLACED

END_OF_DOCUMENT_TOKEN_TO_BE_REPLACED
We and our partners use cookies on this site to improve our service, perform analytics, personalize advertising, measure advertising performance, and remember website preferences.Ok