Kendrick Lamar Gets Crucified Above the Ocean in "N95" Music Video 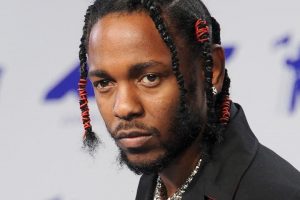 Kendrick Lamar has dropped off an accompanying music video for his Mr. Morale & the Big Steppers cut, “N95.”

Co-directed by Lamar and pgLang co-founder Dave Free, the visual is billed as the followup to “The Heart Part 5” — which does not appear on the new album — and features appearances from cousin and pgLang signee Baby Keem and skateboarder Tyshawn Jones. Mikey Alfred of Illegal Civ is also credited for providing additional skate photographer.

Fans on Twitter were quick to point out that filming for the “N95” music video dates back to almost two years ago. In September 2020, behind-the-scenes clips hit the internet and showed the rapper with harnesses hovering over the ocean, along with photos of him by a phone booth. These two scenes made its way to the visual, which sees K-Dot crucified atop a body of water and using the phone booth.