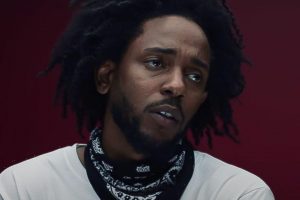 The first collaborative effort between Kendrick Lamar and Trey Parker and Matt Stone, the creators of South Park, may have already been released.

In the YouTube caption of K-Dot’s “The Heart Part 5” visual, the rapper and his team credited the music video’s deepfake technology to DEEP VOODOO, Parker and Stone’s studio launched in 2020, and also gave “special thanks” to the two creators. Neither Lamar nor the South Park founders confirmed the news, however.

Earlier this January, Lamar and Dave Free‘s pgLang announced a partnership with Stone, Parker and Paramount Pictures for a feature film. Billed as a live-action comedy, the untitled movie “will depict the past and present coming to a head when a young black man who is interning as a slave reenactor at a living history museum discovers that his white girlfriend’s ancestors once owned his.”