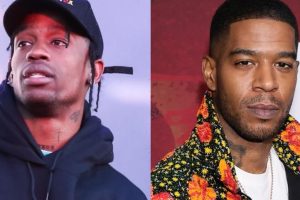 Kid Cudi has confirmed that he will no longer release a joint album with Travis Scott.

On Wednesday morning, Cudi hosted a Twitter Q&A session with his followers, during which one fan inquired about whether his joint record with the Cactus Jack rapper, which was supposed to be called The Scotts, was still in the pipeline.

“Is The Scotts album still on the cards,” the fan posted, to which Cudi responded: “Naw im not doin that. The moment has passed.”

Though the collaborative album has been axed, Cudi did reveal that he will continue to release more tracks with Scott. “Dam if not an album, are we still going to get collabs with you and Travis?” another fan inquired, to which Cudi said, “Def!!”

Cudi and Scott released the lead single from the now-canceled album, “The Scotts,” in 2020. Notably, the track debuted at No. 1 on the Billboard Hot 100, marking Cudi’s first-ever chart-topping single and Travis’ third.

Later in his Q&A, Cudi shed new light on his other creative endeavors. Though he announced that he will not be releasing a sequel to Entergalactic, he confirmed that he has separate animated works coming. “[Entergalactic] was just a special,” he wrote. “BUT, im not done w animation, and my next project im workin on is gonna f*** u up in the best ways too.”