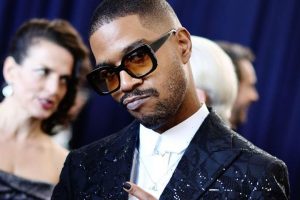 Kid Cudi has announced a streaming release date for his debut mixtape, A Kid Named Cudi.

Taking to Twitter to share the news, Cudder confirmed that the 2008 project is set to hit streaming platforms on July 15, while a new project entitled The Boy Who Flew To The Moon Vol. 1 — presumably a Greatest Hits record — will arrive on July 8.

“‘A Kid Named Cudi’ dropped July 17th 2008. This official release is 2 days shy of the 14th anniversary,” Cudi tweeted. “I am so damn excited u all get to enjoy it again, remastered, w all the jams that made people fans from jump. Also, did a new intro.”

A Kid Named Cudi is considered to be the artist’s breakout project as it led him to sign with Kanye West’s G.O.O.D Music and included “Day ‘n’ Nite,” Cudi’s first commercial hit that went on to peak at No. 3 on the Billboard Hot 100.