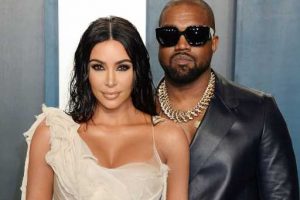 Kim Kardashian’s divorce from Kanye West has been a very public matter — whether she likes it or not. Her ex has taken to social media platforms and interviews to discuss the details he feels fans should know about their split. In the wake of his frequent outbursts, a narrative has emerged that isn’t quite fair to Kim. In fact, it’s downright sexist.

The reality star noted this discrepancy in the May 12 episode of The Kardashians in one of her confessionals to the audience at home. “If I do something on a reality show, it’s like, ‘How dare she talk about it,’” she told the viewers, via E! News. “And then he can do a song, but that’s so creative and expressive. It always like, two different sides are being expressed two different ways, and one is respected, and one is not.”

This isn’t just a divorce issue either. When Kanye was struggling with his mental health, he often revealed very personal aspects to their relationship in public forums. When he ran for president, he told attendees at his South Carolina campaign rally that he pressured Kim to terminate her first pregnancy via abortion. (Remember their daughter North West is now eight years old and probably very aware of her parents’ fame.) If Kim had decided to air their dirty laundry on their Hulu show, she would have been criticized endlessly in the press. So why should Kanye get a pass for doing it to his ex-wife?

In the end, Kim knew that the marriage was no longer “the right situation” for her, and she’s feeling “super good” about her decision. And yes, she’s taking the high road when it comes to talking about her children’s father, even though he doesn’t always extend her the same courtesy.

Before you go, click here to see the longest celebrity divorces that took years to get finalized.