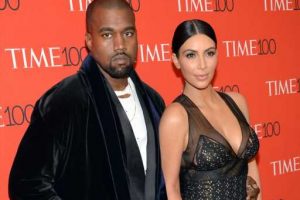 2021 might be winding down, but one of the most surprising romances to come out of this year just seems to be heating up. Since hosting Saturday Night Live in late October, Kim Kardashian has been going steady with the long-running sketch comedy series’ cast member Pete Davidson. But while the two are definitely getting closer and spending as much time together as possible, there is one major step in their relationship that Kardashian is holding out on — and it might have to do with her ex, Kanye West’s, potential involvement.

According to a new report, Kardashian has yet to introduce Davidson to her and West’s four children. For his part, The King of Staten Island star has been “flying back and forth and spending more time in L.A. when he can to see Kim. He’s so into her and is always ‘my girl’ this and ‘my girl’ that,” a source shared with People. While the two seem to having a lot of fun right now, another source revealed to the outlet that Davidson “hasn’t met her kids yet.”

Now, we have some thoughts on why Kardashian might be taking her time to take this very delicate and important step in her relationship with Davidson. First off, the two have only been together for about a month. It’s not as though there’s a timeline on when the right moment comes for kids to meet a parent’s new significant other, but a month (and a month in the public eye, no less) may have something to do with Kardashian taking her time.

Then, there’s also Kardashian’s estranged husband. The SKIMS mogul officially filed for divorce from West in February 2021, and since then, the status of the former couple’s relationship has been questioned. More recently, West alleged that he and Kardashian aren’t actually divorced, claiming he hasn’t seen the paperwork. Between the two, West and Kardashian share kids North, 8, Saint, 5, Chicago, 3, and Psalm, 2.

Kardashian might be waiting until West is more comfortable with her and Davidson’s relationship to introduce their kids to the SNL star. We can’t help but reiterate, though: there is no clearcut timeline or blueprint for introducing kids to a new partner. Bearing that in mind, we just hope Kardashian is taking all the time she needs to make these decisions.