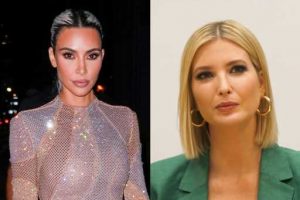 Kim Kardashian and ex-husband Kanye West are no longer together, but that doesn’t mean she doesn’t have to face the hate speech he’s been using lately. From anti-Semitic remarks to wearing a “White Lives Matter” shirt during his fashion show, West’s actions have become too big and problematic to ignore, especially when there are kids involved.

In fact, on Oct 23, The Kardashians star turned to Ivanka Trump for some advice. The two were spotted by TMZ at the Polo Lounge at the Beverly Hills Hotel having dinner for approximately 3 hours.

Though little is known about what the unlikely duo talked about, an insider at the restaurant told the outlet that Kardashian shared how concerned she is about West’s anti-Semitic statements and fear that her kids are hearing it, especially given the fact they have Jewish cousins.

Given that Trump is Jewish (she converted after marrying husband Jared Kushner) and has lived through her fair share of public scandals due to her father Donald Trump, we hope she had some advice and comfort for the worried mom of four.

Following their dinner, Kardashian went to Twitter on Oct. 24 releasing her first statement on the matter. “Hate speech is never OK or excusable,” she wrote. “I stand together with the Jewish community and call on the terrible violence and hateful rhetoric towards them to come to an immediate end.”

The reality star joins a growing number of celebrities who are speaking out against West’s hate speech. Friends star David Schwimmer took to Instagram to share a link to a petition that is encouraging Adidas to drop their partnership with the rapper. At the time of publishing, it has close to 95,000 signatures. 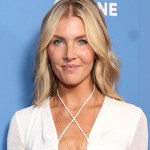 Before you go, click here to see how Kim Kardashian’s life has changed over the years.