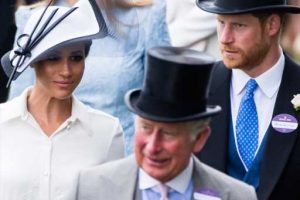 With King Charles III’s coronation only six months away, many have wondered how he’ll go about all the details. What jewels will he wear? How will it be different than his mother, Queen Elizabeth II’s coronation? And, of course, who will all be invited? With tensions at an all-time high between the British royal family and the Sussexes amid the Netflix docuseries bombshells, many are wondering if Charles will invite Prince Harry and Meghan Markle to the big day. And allegedly, he’s taking a page out of his mom’s handbook when it comes to that big decision.

Even during the feud, Elizabeth would follow the guise of forgiveness and their motto of “keep calm and carry on.” She would always invite them, and Charles is reportedly no different.

“Harry is his son, and His Majesty will always love him,” a royal insider said to Daily Mail. “While things are difficult at the moment, the door will always be left ajar.”

As it stands right now, Charles will reportedly be inviting his estranged family members. However, many believe his tune may change after Harry’s memoir Spare is released on Jan 10. Time will only tell how the family will respond to the no-doubt bombshell memoir, but right now, it seems as though Charles is extending another olive branch.

The Palace Papers: Inside the House of Windsor — the Truth and the Turmoil by Tina Brown

Even as casual British royal family observers, there’s still so much we don’t know about what happens in the House of Windsor. 2022 is poised to be a memorable year for the royal family. But with historic highs come lows and pitfalls. Royal biographer Tina Brown takes readers from the troubling years following Princess Diana’s death, to the rift between Princes William and Harry, the scandals of Prince Andrew, and Queen Elizabeth’s steady resolve through it all in The Palace Papers: Inside the House of Windsor — the Truth and the Turmoil. Brown’s book features new, intimate details about the royal family, and contemplates how the House of Windsor moves into a new era. 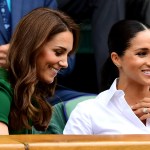 'The Palace Papers: Inside the House of Windsor–the Truth and the Turmoil' by Tina Brown$28.99on Amazon.comBuy now

Click here to see a complete timeline of Prince Harry and Meghan Markle’s feud with the royal family.