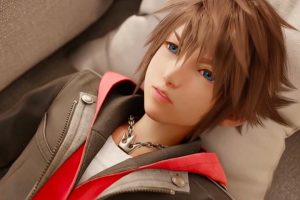 Continuing its celebrations for the 20th-anniversary of Kingdom Hearts, Square Enix recently delivered a trailer during an anniversary event in Tokyo.

The special trailer served to announce the upcoming release of Kingdom Hearts IV. Despite finishing the story arc of the original game with 2019’s Kingdom Hearts III, the new title sees the return of series protagonist Sora.

Sporting a new look, Sora is seen waking up in a city called “Quadratum.” Sora is introduced to the city that replicates Tokyo by a new character named Strelitzia, shortly before the city is attacked by a massive monster. After showcasing some gameplay, Donald Duck and Goofy are shown searching for Sora.

The trailer also saw Square Enix reveal an upcoming mobile game, titled “Kingdom Hearts Missing-Link.” Set to launch beta testing this August, the game will be available on both Android and iOS devices.