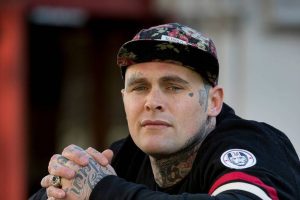 The 42-year-old from New Plymouth was running on a treadmill in his home gym when he suffered the heart attack.

Now his family have revealed that they began to receive “disturbing messages” within days of his passing.

They told Sunday that Williams was a vocal supporter of vaccination and had had both his doses. Then anti-vaxxers started spamming his social media accounts suggesting that his death was due to the vaccine, reports 1 News.

His sister Liz told the broadcaster, “Somebody had said, ‘Hey I’m good friends with Todd Williams’ family and I know that he died from the vaccine, so do the family’.

“His Instagram got hijacked by anti-vaxxers and there were the really, really sickening things that were said.

“It definitely felt like they were desecrating his memory and it just felt so disrespectful.”

Just four days after the rapper’s death, Aotearoa went into lockdown and his family, fans and friends raised over $50,000 to bring his body home three weeks later.

“It was actually really stressful because we were repatriating his body and trying to also navigate grieving and not being with the family that we wanted to be with,” Liz said.

Anti-vaxxers haven’t just been approaching the family online, she said.

“A lady came into my work and was telling one of my workmates that she knows from me that Todd had died of Covid and that her son knew Todd really well,” his mother Kerry said.

“I don’t even know these people.”

Kerry said that to use her son’s death for their cause was “pretty low”.

The final Coroner’s report proved that Williams did not die from the vaccine, but from heart disease that he was unaware of.

His sister Liz shared that it was watching her daughter Frieda get whooping cough as a baby that led her – and Williams – to become an advocate for vaccinations.

Liz said Williams was a “really big rock” for the family when his baby niece was in Starship hospital.

“After he became a very fierce advocate for vaccination and just that lived experience of seeing somebody with a preventable disease and yeah how horrific that was.”