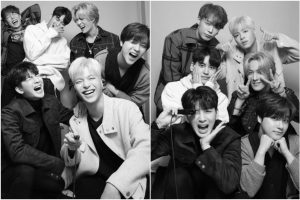 The dream to be an icon in K-pop has not faded for iKON.

In June 2019, the South Korean boy band’s future hung in the balance after 23-year-old leader B.I quit over drug consumption.

The remaining six members have now made fans happy by releasing three photos from their new music video on their official Instagram account, reported Korea Times.

The pictures show them in red outfits against a backdrop of fire, perhaps hinting at the trials they have faced in the last half year.

Their agency YG Entertainment said the group are now busy finetuning their upcoming album, but did not say when it will be rolled out.

iKON, which debuted in 2015, had earned a big following before the scandal involving B.I – part of a wider storm that engulfed the K-pop industry last year – broke.

Media outlet Dispatch reported then that it had unearthed Kakao Talk messages from three years ago that allegedly detailed a conversation between B.I and a drug dealer.

When the police later detained the dealer, the latter reportedly tipped them off about B.I.

While iKON’s agency immediately did damage control by saying the members were tested regularly for drug-taking and that no suspicious results had surfaced, B.I decided to come clean.

He said then: “It’s true that during a time when I was deeply struggling and miserable, I wanted to rely on something that I should never have shown interest in.

“However, even then, I was scared and terrified of it, and was unable to partake in it.

“Nonetheless, I feel so embarrassed and apologetic towards my fans and group members, who were undoubtedly hurt by me.”

B.I could be set for a return, too, judging by his recent posting of a demo song on his SoundCloud account, reported the kpopstarz portal.

Pundits think he is testing the waters before he ventures to reveal more about his future plans.

END_OF_DOCUMENT_TOKEN_TO_BE_REPLACED

END_OF_DOCUMENT_TOKEN_TO_BE_REPLACED
We and our partners use cookies on this site to improve our service, perform analytics, personalize advertising, measure advertising performance, and remember website preferences.Ok