Kristen Stewart On The Most Intimidating Part Of Portraying Princess Diana 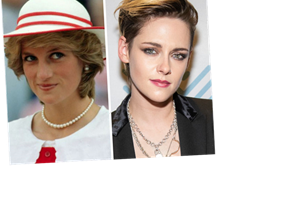 Kristen Stewart is feeing the weight of portraying one of the most iconic figures of our time: the late Princess Diana.

The “Twilight” actor will take on the role of the former Lady Diana Spencer in the upcoming biopic “Spencer,” which starts production in January 2021.

The film takes place over a three-day period in which the Princess of Wales realizes that her marriage to Prince Charles isn’t working, according to Deadline. “Spencer” is set at the Sandringham Estate, which is where the British royal family spends the Christmas holiday.

Stewart finds elements of the role particularly intimidating, she told InStyle magazine, for which she is the November 2020 cover star.

“The accent is intimidating as all hell because people know that voice, and it’s so, so distinct and particular,” the actor revealed. “I’m working on it now and already have my dialect coach.”

She added: “In terms of research, I’ve gotten through two and a half biographies, and I’m finishing all the material before I actually go make the movie,” most likely referencing Tina Brown’s 2007 biography, “The Diana Chronicles,” and Andrew Morton’s 1992 tome, “Diana: Her True Story.” Morton revealed after Diana’s 1997 death that the princess was one of the main sources for the book.

Kristen! Jaymes! Stewart! graces our November cover in conversation with @officialclead. “The first couple of times I played queer characters, I was not [openly] queer yet. I’m drawn to stories and people for a reason, and I think, by default, I represent what I stand for.” The rather private actress opens up about coming out, holding out hope, and practicing #princessdiana’s accent in the #linkinbio. #kristenstewart Photographed by: @oliviamalone Written by:@officialclead Styled by: @rebeccarams Hair by: @hairbyadir Makeup by: @jilliandempsey

All in all, Stewart said that she wants to know the late princess “implicitly” and to do her story justice.

“It’s one of the saddest stories to exist ever, and I don’t want to just play Diana — I want to know her implicitly,” she said. “I haven’t been this excited about playing a part, by the way, in so long.”

“Spencer” director Pablo Larraín is equally excited for Stewart to take on the role. Stewart “is one of the great actors around today” and “can be very mysterious and very fragile [and] ultimately very strong as well,” he told Deadline in June.

“The way she responded to the script and how she is approaching the character, it’s very beautiful to see,” Larraín added. “I think she’s going to do something stunning and intriguing at the same time. She is this force of nature.”

END_OF_DOCUMENT_TOKEN_TO_BE_REPLACED

END_OF_DOCUMENT_TOKEN_TO_BE_REPLACED
We and our partners use cookies on this site to improve our service, perform analytics, personalize advertising, measure advertising performance, and remember website preferences.Ok