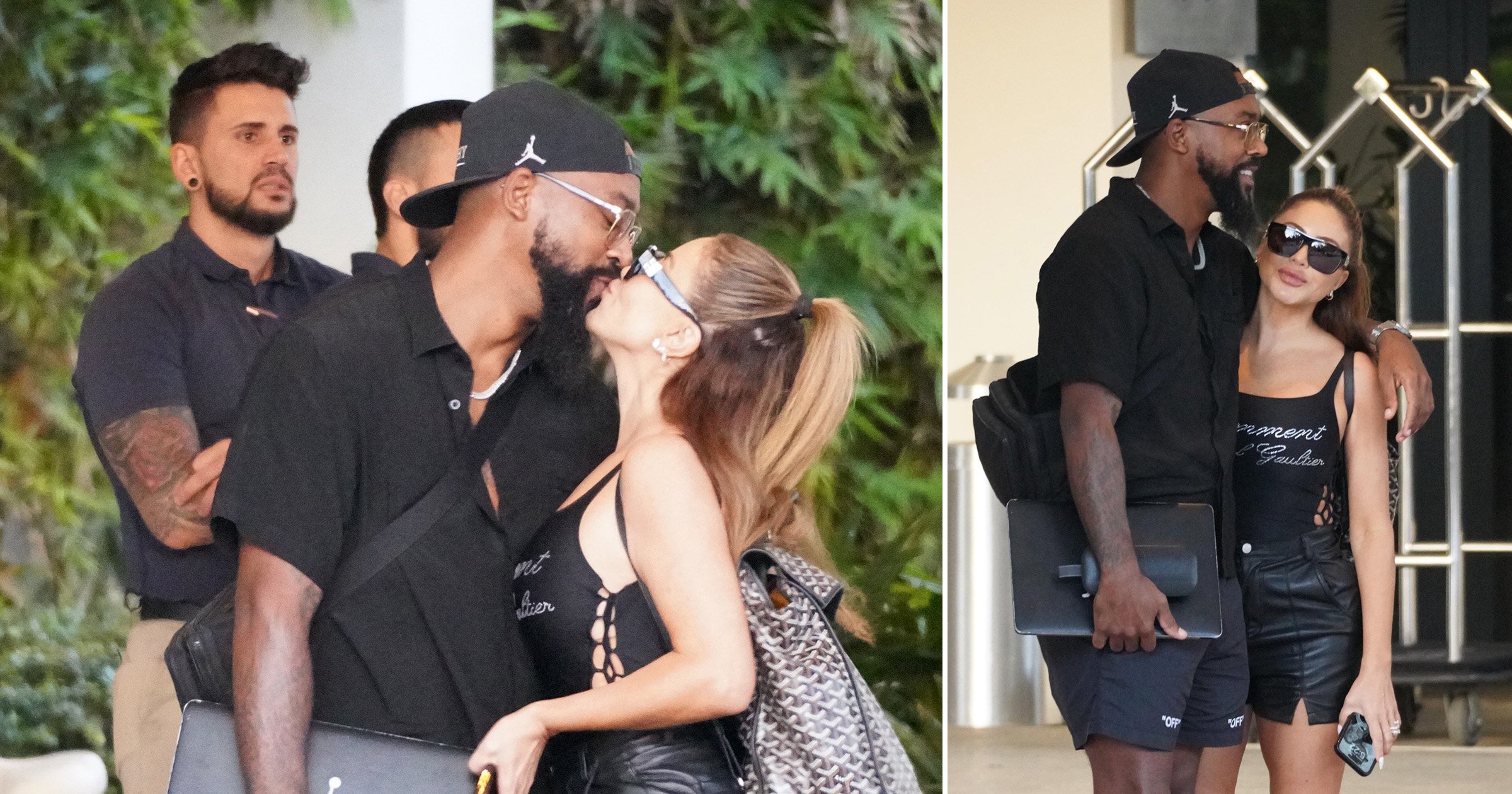 Larsa Pippen might want to rethink those friendship claims as she has been spotted kissing new boyfriend Marcus Jordan, son of NBA legend Michael Jordan, despite insisting they weren’t dating just weeks ago.

The Real Housewives of Miami star, 48, has brushed off questions about her relationship with Marcus, 32, for months now but they appear to have finally confirmed their romance, after being spotted packing on the PDA in Miami Beach, Florida.

Over the weekend, Larsa and Marcus couldn’t have looked more loved-up as they stood outside the W South Beach Hotel on Saturday.

The reality TV star, who was previously married to NBA icon Scottie Pippen, was seen reaching up to plant a kiss on her beau in full glare of onlookers. Clearly no longer hiding their romance, Larsa was seen affectionately holding Marcus’ arm while he pulled her in for a hug with an arm wrapped around her shoulders.

It’s the first time the two have been spotted openly putting on PDA since the dating rumours emerged in September, when they were seen enjoying lunch before attending Rolling Loud Music Festival together weeks later.

However, their relationship has divided commentators pointing out that Larsa’s ex-husband Scottie was famously a teammate of Marcus’ father Michael, with the two basketball stars playing for the Chicago Bulls in the 80s and 90s.

The dynamic between Michael, 59, and Scottie, 57, was notably recounted in the hit Netflix docu-series The Last Dance in 2020.

Larsa addressed the dating rumours and criticism during her appearance on Watch What Happens Live in December.

Host Andy Cohen asked her outright: ‘What does Scottie think about your friendship?’

‘I don’t know,’ she replied. Larsa revealed that Scottie’s never asked her about it and neither have their children – the former spouses share four kids; Scotty Jr., 22, Preston, 21, Justin, 18, and Sophia, 14.

When asked if she understood why some might find her relationship with Marcus ‘wild’, Larsa admitted: ‘I mean, I guess, yeah. But I think a lot of people think that our families were really close and intertwined, and they really weren’t.

‘Like I never really knew Marcus’ mom or them; I just recently met them a couple of years ago.’

She then insisted that she was just ‘friends’ with Marcus, despite the latest photos appearing to show otherwise.

Larsa was married to Scottie for 24 years until their divorce was finalised in December 2021. The pair first split in 2016 before reconciling, but began the separation process again in 2018.