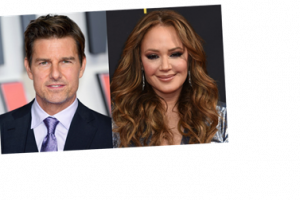 While many stars have come to Cruise’s defense over the leaked audio recording of the actor allegedly berating members of the “Mission Impossible 7” crew for breaking safety guidelines, Remini believes his outburst was “for public relations reasons only.”

In a post Wednesday﻿ on the anti-Scientology blog The Underground Bunker, Remini, one of the organization’s most high-profile defectors and prominent critics, called the tirade a “psychotic rant” and described Cruise as an “abusive person.”

“Tom does not care about the families of his crew; this is all for publicity,” Remini wrote. “Tom does not believe in family values. I mean, how anyone is falling for this is just mind-blowing. I would bet that Tom had this rant written for him and had his Scientology assistant record and release it. Hearing a rich actor with enormous power address his crew in this way is a sign of weakness and a deeply troubled person.”

“Tom seems to think that Hollywood is incapable of making films without his help. Saying such a thing indicates the godlike figure Tom believes he is, and what he is told by Scientology,” Remini continued. “The reality is, anyone who is working in Hollywood today is working under strict COVID guidelines. Anyone who is working knows this. Tom Cruise is not dictating how films are being made, even if he seems to think so.”

“He is an abusive person. I witnessed it, I’ve been a recipient of it on a small level, and I’ve been told of similar abuse by his former girlfriend, his employees, and his friends,” Remini wrote. “This is the real Tom.”

And she encouraged those commending his behavior to reconsider given the power dynamic at play, writing, “This is not just a guy in the middle of a public place standing up to someone for not wearing a mask. This is Tom friggin’ Cruise wielding his power and threatening and degrading his crew.”

The Church of Scientology has since released a statement to The Wrap responding to Remini’s claims.

“The Church of Scientology has done more than any other religious institution in promoting COVID-19 prevention actions ― throughout the U.S. and worldwide. Long before ‘stay at home’ directives, the Church took aggressive actions to prevent the spread of the virus,” it read. “The Church’s leader acted well ahead of the curve. Remini is an unreliable source who attacks Scientology for publicity and money ― as she herself has admitted.” 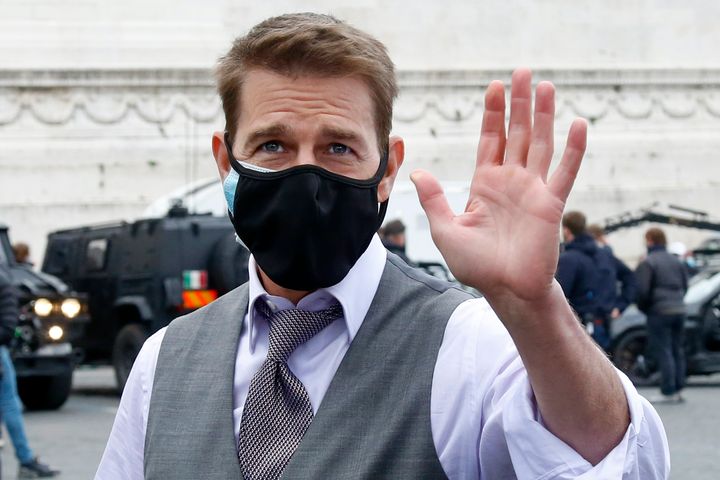 While it was unclear exactly which COVID-19 restrictions the crew members broke, the British tabloid The Sun reported that Cruise exploded after he spotted two colleagues standing close together at a computer screen. Sources close to the production later confirmed to Variety that the actor was in fact the person speaking in the clip.

“We are creating thousands of jobs, you motherfuckers. I don’t ever want to see it again. Ever!” Cruise yelled in a snippet. “We are not shutting this fucking movie down! Is it understood? If I see it again, you’re fucking gone.”

The upcoming “Mission Impossible” sequel has encountered its fair share of speed bumps, as filming was halted in February over coronavirus concerns. Production resumed in September with the cast and crew staging death-defying stunts in Norway, and with further shooting planned in a slew of locations across the globe.

But in October the film faced more delays when 12 people tested positive for COVID-19 on the set in Italy. Production started again in the U.K. earlier this month.

Cruise reportedly tore into the crew for a second time, as news of the first incident made international headlines, and five staffers have since quit the production, according to The Sun.

Reps for Cruise did not immediately respond to HuffPost’s request for comment on The Sun’s new report.

A HuffPost Guide To Coronavirus

END_OF_DOCUMENT_TOKEN_TO_BE_REPLACED

END_OF_DOCUMENT_TOKEN_TO_BE_REPLACED
We and our partners use cookies on this site to improve our service, perform analytics, personalize advertising, measure advertising performance, and remember website preferences.Ok