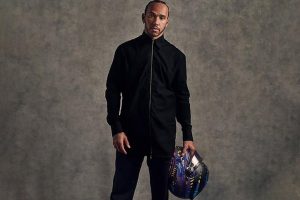 Lewis Hamilton will forever go down as one of the most impactful drivers that has ever touched the sport of Formula 1 racing. Throughout his tenure on the race track so far, he’s racked up seven World Drivers’ Championship titles and he currently holds the highest record of wins at 102. It certainly takes a great deal of speed and precision behind the wheel to garner his astounding amount of accomplishments, but it also requires you to have a winning mindset. And so this December, the British driver has partnered up with MasterClass to supply you with his tips and tricks of how to condition your mind, body and spirit in a way that helps you perform at your best.

In this new class, the world champion will enlighten his audience with key principles that keep him at the pinnacle of his game and teach them to apply these to their everyday lives. In an effort to further expand upon his commitment to aid underserved communities, Hamilton has also been named the first MasterClass Community Ambassador who will distribute 200K annual memberships to those in need in the UK. “Lewis is the most successful driver in the history of Formula one racing. He has also become a worldwide leader in the fight for social justice and equal representation on and off the track,” said David Rogier, founder and CEO of MasterClass. “In his class, he will not only share his drive and motivation to help members harness their power, but will also share the importance of standing up for others and how to affect change in communities.

You can peep a preview of Hamilton’s newest MasterClass initiative here above and sign up for his class here.

In other sports-related news. LeBron James recently spoke out about playing with his son Bronny in the NBA.
Source: Read Full Article