Leaving Foster Care With a Mission: Doctor or Bust

The first place Dilainy Inoa Reynoso practiced medicine was in the land of make believe.

Her siblings were stand-in patients, whose symptoms she would scribble on a pad. Complaints were treated with ice packs or bandages jury-rigged from tape and paper strips. Sometimes she would use syringes, taken from a relative with diabetes, to squirt water.

“I always wanted to be a doctor,” Ms. Inoa Reynoso said.

But a difficult family history, including several years in foster care, placed obstacles in her path. Ms. Inoa Reynoso turned 21 last month, legally ending time in the foster care system. It was a significant but stressful milestone for someone who had come to rely on a structured support system.

Still, as she studies science at the Borough of Manhattan Community College, Ms. Inoa Reynoso feels like she is in the first stage of achieving her goal. “This is what I want,” she said.

As a young girl, Ms. Inoa Reynoso lived in the Dominican Republic. Her father brought her to the United States in 2004, separating her from her mother. A decade later, the Administration for Child Services in New York City removed her from his custody.

Weeks later, she was placed in the care of Rosa Santana, a foster mother who was unfazed by Ms. Inoa Reynoso’s defiance and stubborn ferocity.

“I’m always at a thousand,” Ms. Inoa Reynoso said. “For you to deal with me, you’ve got to be at two thousand.”

Ms. Inoa Reynoso quickly realized that Ms. Santana was a different sort of parental figure than she was used to, one worthy of respect.

“If I didn’t go to school, she would actually wake me up and be like, ‘I’m not going to work until you go to school,’” Ms. Inoa Reynoso recalled. “Then she’d make sure I was in school. She really cared for me, and I felt it.”

Then a few years go, Ms. Santana made one of her grandest gestures: She took her foster daughter to the Dominican Republic for a reunion with her mother, to whom Ms. Inoa Reynoso had not spoken since leaving the country, which made her feel abandoned.

Ms. Inoa Reynoso aired a decade of grievances; her mother told her side of the story. They found common ground and now speak regularly.

In New York, Ms. Inoa Reynoso had been close with her paternal grandmother, who survived a battle with cancer. The experience cemented Ms. Inoa Reynoso’s decision to become a doctor specializing in cancer. She expects to take another step forward next year, attaining her associate degree, and would like to be a pediatric oncologist. 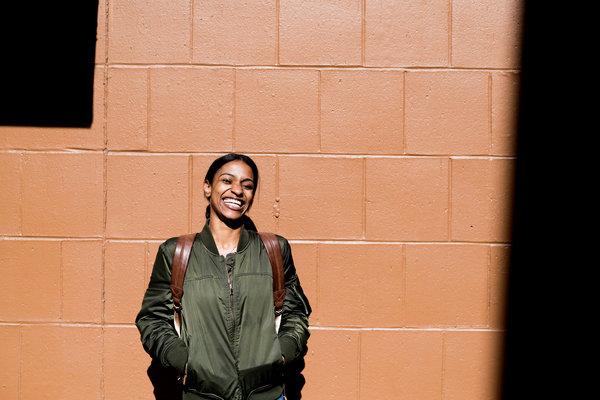 Still, she knows there are still personal obstacles to overcome: She is quick to anger and deals with bouts of severe depression, but she said she is addressing these issues with therapy and the support of loved ones. Journaling helps her siphon off excess negativity.

“The day that I write a book, I’m going to get over it all,” she said. “One day, you’ll all know why Dilainy was so angry.”

Since February, Children’s Aid, one of eight organizations supported by The New York Times Neediest Cases Fund, has provided Ms. Inoa Reynoso with a total of $2,242.45 in Neediest Cases funds for gift cards to purchase clothing, groceries, MetroCards and household products, as well as to pay her phone bill.

Although she is eligible to receive support from the Next Generation Center and other programs until she is 24, Ms. Inoa Reynoso was nervous about leaving the foster care system last month. She had grown accustomed to unremitting phone calls from social workers, therapists and other foster system staff who checked in.

“I like them harassing me,” Ms. Inoa Reynoso acknowledged. “It made me get things done.”

She remains tight with Ms. Santana, her foster month and one of the few people who Ms. Inoa Reynoso feels has faith in her abilities.

“Don’t doubt me, because I know what I can do,” she said, adding that a part of her relishes doubters. “You’re going to see that I can do it.”