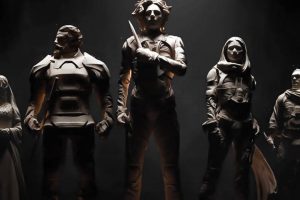 Legendary Entertainment has teamed up with iv gallery, Lineage Studios and MakersPlace to deliver the Dune: Future Artifacts NFT collection.

“This collection represents an exciting new direction in the NFT space,” James Ngo, Executive Vice President of Franchise Management for Legendary Entertainment, said in a press release. “We are thrilled to have created a new collectible experience for the fandom by using exclusive assets taken directly from the film to give enthusiasts a whole new way to not only acquire film memorabilia but also further immerse themselves into the world of Dune.”