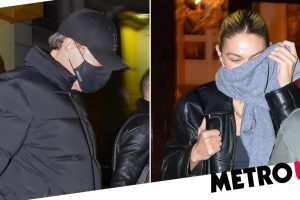 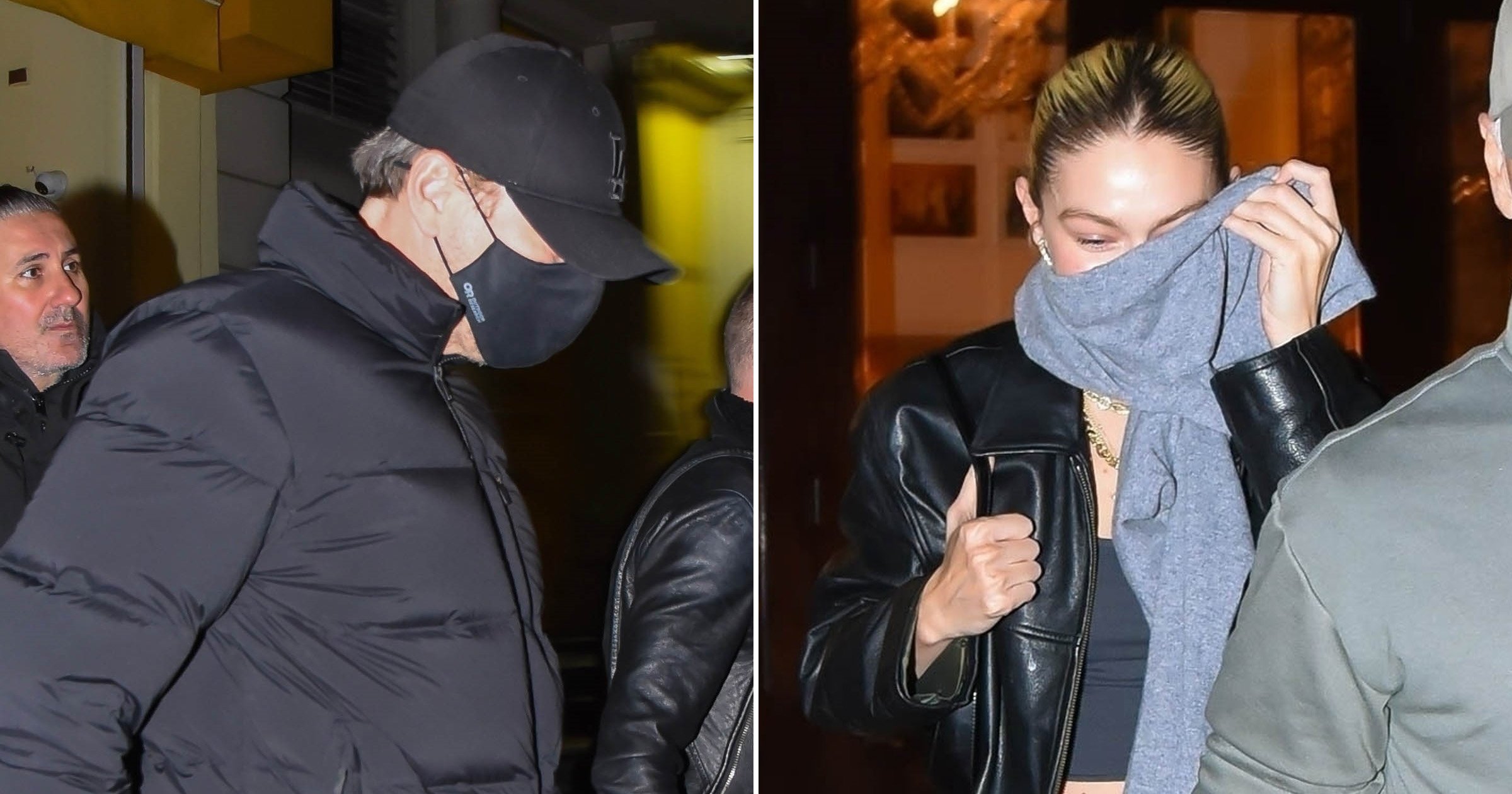 Leonardo DiCaprio and Gigi Hadid went out on a lowkey dinner date this weekend as they were spotted out and about in New York City.

The 48-year-old Titanic actor has been linked to the supermodel, 27, in recent weeks following his split from Camila Morrone, and the rumoured couple tried to keep a low profile as they left the swanky Cipriani restaurant separately.

Leo stayed warm in a black padded coat, black jeans and white trainers, with a black mask and cap keeping his face covered.

Meanwhile, Gigi didn’t seem too bothered by the cold as she flashed her abs in a crop top and a black leather jacket, completing the look with flared trousers while she tried to hide her face with a blue scarf.

Despite the pair knowing each other for years and running in the ‘same high-profile circles’, it has been reported they have grown closer lately.

‘She is the type of woman he is usually attracted to,’ an insider recently suggested. ‘A smart and successful girl like Gigi would intrigue Leo.’

Despite the apparent blossoming romance, the source explained the two megastars are in no rush to put a label on their bond, and things are not too serious just yet.

Another insider also suggested to People Magazine that Leo could even find his way back to his ex-girlfriend Camila, who he dated for around five years.

‘Leo has not been out of his relationship with Camila long enough to jump headfirst into anything,’ they added.

‘I am not sure he is completely finished with Camila. That was a long romance.’

The rumored love birds were previously spotted looking close during New York Fashion Week, but they’re still yet to address the claims publicly.

Plenty has been said about the actor’s dating history, with intense scrutiny over the ages of his former partners, including stars Blake Lively, Gisele Bundchen and Toni Garnn.

However, reports of his romance with Gigi made headlines and flipped the theory upside down, as the fashion icon – who shares a daughter with former One Direction singer Zayn Malik – turned 27 in April.

Back in September, a source with claimed to People: ‘Leo is definitely pursuing Gigi,’ but another source appeared to pour some drops of cold water on the speculation at the time, adding: ‘They’ve been seen hanging out with groups of people. It’s only been a few weeks since the split. Since then, he’s been hanging out with friends and family.’