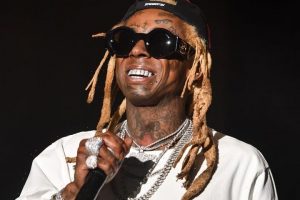 Young Money president Mack Maine shared the New Orlean native’s upcoming plans in a recent Twitter Spaces conversation, claiming that his album I Am Not A Human Being 3, a project with Rich the Kid and ColleGrove 2 with 2 Chainz are “coming soon.”

“Anybody that’s a Wayne fan, they know that I Am Not A Human Being 3 is coming up soon,” he said. “Wayne and Rich the Kid have a project together that’s coming out soon. ColleGrove 2 is coming out soon, with him and 2 Chainz — I was about to say Tity Boi, we still call him Tity Boi. There’s a lot of music Wayne is working on.”

Additionally, Wayne announced in March that a new compilation album with his Young Money imprint is in the works during an interview on Fox Sports Radio’s Up On Game. “We about to put the compilation together with all the artists together on one album,” Tunechi said. “That sets up everything for everybody so they could start coming out with their solo projects as well.” A release date for the forthcoming record has not been announced.

Weezy then charted on the Billboard Hot 100 for the 17th consecutive year in May, with “THANKFUL,” his collaboration with DJ Khaled and Jeremih from the producer’s latest album KHALED KHALED.