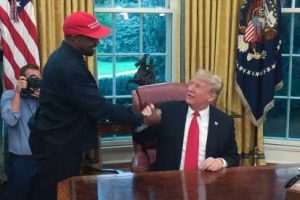 Following Kanye West, 50 Cent and Ice Cube before him, the rapper faced criticism on social media after posting a seeming endorsement of the president. 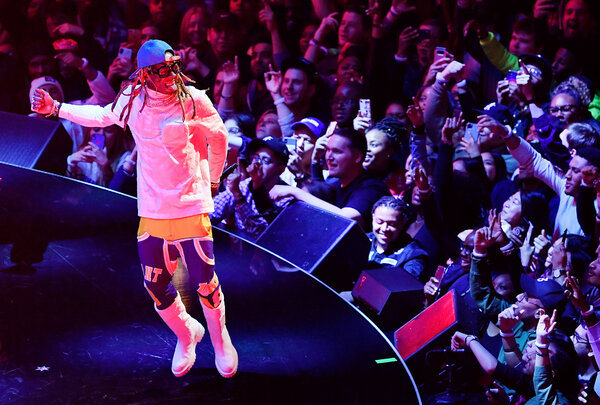 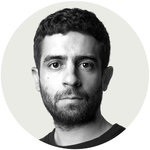 For as long as Donald J. Trump has been a brand name — representing playboy bling and New York business savvy in the 1990s up through his freestyle approach to presidential politics today — he has flirted with hip-hop. Sometimes, famous rappers reciprocate.

Yet even for a man who once palled around Manhattan nightclubs with Puff Daddy and Russell Simmons, and later hosted Kanye West in the Oval Office, President Trump can still surprise with his Black celebrity alliances, judging by the reaction on Thursday night to a photo op with Lil Wayne.

“Just had a great meeting with @realdonaldtrump,” the multiplatinum rapper posted to his nearly 35 million followers on Twitter after the two posed together in Florida, earning a retweet from the president. “He listened to what we had to say today and assured he will and can get it done.”

Just had a great meeting with @realdonaldtrump @potus besides what he’s done so far with criminal reform, the platinum plan is going to give the community real ownership. He listened to what we had to say today and assured he will and can get it done. 🤙🏾 pic.twitter.com/Q9c5k1yMWf

The photo immediately went viral on social media, but the backlash was swift as well, making Lil Wayne the latest in a recent line of rappers to align themselves, however briefly, with the president’s re-election campaign, only to face criticism from fans and fellow artists. Lil Wayne, like Ice Cube before him, had cited the president’s Platinum Plan, a two-page document rolled out in September that promised to “increase access to capital in Black communities by almost $500 billion” over the next four years.

The radio host Charlamagne Tha God, of The Breakfast Club on Power 105.1 FM in New York, responded in a segment on Friday morning, calling Lil Wayne’s apparent endorsement a distraction. While he noted that Black voters are not monolithic, Charlamagne added, “Trust me when I tell you, Black people are not on the Trump administration’s agenda, nor will we ever be. All of our civil liberties are at risk.” 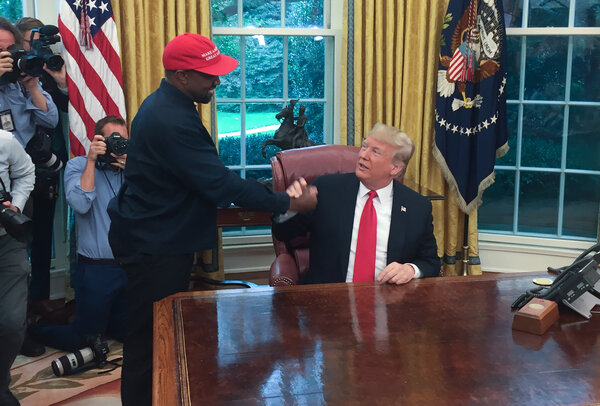 Representatives for Lil Wayne did not immediately respond to a request for comment on Friday. Previously, ahead of the 2016 election, Lil Wayne had distanced himself from politics and the Black Lives Matter movement, saying he preferred to focus on music. Asked about Mr. Trump specifically, the rapper responded with a laugh: “Who’s that?”

Earlier this month, the New York rapper 50 Cent also seemed to endorse President Trump in a post on Instagram, claiming that Joseph R. Biden Jr. would raise taxes. “I don’t care Trump doesn’t like black people,” 50 Cent wrote. “62% are you out of ya [expletive] mind.” (Instagram marked the post as “missing context” and in need of a fact-check.) But the rapper soon walked back his support for Mr. Trump, and on Thursday, he reacted negatively to Lil Wayne’s political post.

“Oh no,” 50 Cent wrote on Thursday evening. “I WOULD HAVE NEVER TOOK THIS PICTURE.”

Ice Cube, a founding member of N.W.A, who released a song called “Arrest the President” as recently as 2018, faced similar scrutiny after it was announced this month that he had consulted with the Trump administration on the Platinum Plan. He said later that he hoped to work with both sides, and was not endorsing Mr. Trump, adding, “I don’t trust none of them.”

“Black progress is a bipartisan issue,” Ice Cube said. “I will advise anybody on the planet who has the power to help Black Americans close the enormous wealth gap.”

Trump has called himself the best president for Black Americans since Abraham Lincoln, despite a questionable record on race, including his pronouncement that there were “very fine people on both sides” after white supremacists rioted in Charlottesville, Va., in 2017. His campaign has said that it hoped to slightly improve on its performance with Black voters in 2016, when Mr. Trump earned about 8 percent of the Black vote. Of course, plenty of rappers have endorsed Mr. Biden, including Cardi B, Offset and Snoop Dogg, while others, like Waka Flocka Flame and Lil Pump, who is of Mexican and Cuban descent, have signaled an openness to supporting the president.

In an interview, the writer, filmmaker and activist Dream Hampton called it “the hubris of the celebrity” for rappers to “kind of saunter in during the fourth quarter, talking about making demands.” She noted that while Black men will still overwhelmingly vote for Democrats — Mr. Biden leads 78-11 among Black men, according to a recent Times/Siena poll — a macho affinity for President Trump and the allure of economic success could explain his inroads with a certain segment of the hip-hop community.

“It’s the same reason they were referencing him in the ’90s — it’s about the lie of the American dream,” she said. “It’s about the lie of Black entrepreneurship somehow being a panacea to these larger social problems. Hip-hop became a stand-in for that, lifting up individual Black accomplishment.”

“There are real reasons to criticize Joe Biden, even in this 11th hour,” Ms. Hampton added. “But we” — Black activists and organizers — “were already doing that.”

END_OF_DOCUMENT_TOKEN_TO_BE_REPLACED

END_OF_DOCUMENT_TOKEN_TO_BE_REPLACED
We and our partners use cookies on this site to improve our service, perform analytics, personalize advertising, measure advertising performance, and remember website preferences.Ok