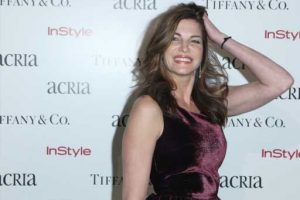 In the 1990s, Linda Evangelista was one of the most high-profile models in the industry along with Naomi Campbell, Cindy Crawford, Claudia Schiffer and Christy Turlington. The five of them were always on the runway together, and with a resurgence of interest in that decade — many have been wondering where Evangelista has been the last five years.

She finally answered the question of her whereabouts and the response is honestly heartbreaking. The 56-year-old model revealed that a CoolSculpting procedure has left her “permanently deformed” and she’s now seeking justice by suing the parent company, Zeltiq Aesthetics. Evangelista bravely came forward with an Instagram post with captions sharing, “#TheTruth” and “#MyStory,” and then started her story with, “Today I took a big step towards righting a wrong that I have suffered and have kept to myself for over five years.”

She explained the reasons behind her absence, “To my followers who have wondered why I have not been working while my peers’ careers have been thriving, the reason is that I was brutally disfigured by Zeltiq’s CoolSculpting procedure which did the opposite of what it promised.” Instead of the procedure decreasing her fat cells, it increased them leaving her “permanently deformed even after two painful, unsuccessful, corrective surgeries.” She then goes on to note that the media has described her as “unrecognizable” and that may be the most painful part of it all — Evangelista has seen the cruel words written about her in the press.

As a result of the failed procedure, she has “developed Paradoxical Adipose Hyperplasia or PAH,” which Science Daily describes as “a hardened area of localized fat” that grows after the event. “PAH has not only destroyed my livelihood, it has sent me into a cycle of deep depression, profound sadness, and the lowest depths of self-loathing,” she added. Evangelista says she’s become a “recluse,” but she’s now changing the narrative by “moving forward to rid myself of my shame, and going public with my story.”

It sounds like such an excruciating time for her, but the supermodel is turning a new page and speaking her truth. “I am so tired of living this way,” she summed up. “I would like to walk out my door with my head high, despite not looking like myself any longer.” The court papers have already been filed, so hopefully, Evangelista will get the justice (and peace) she deserves soon.

Before you go, click here to see all the celebrities who have opened up about their depression and anxiety.