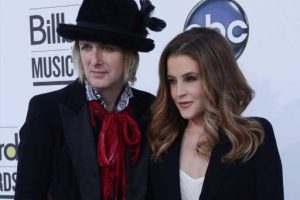 Lisa Marie Presley is done — like, really done — with her marriage to Michael Lockwood. And who can blame her, seeing as she’s been trying to move on with her life for five years, but her estranged husband doesn’t seem to want to let her go. So Presley is taking her case to the courts to help declare her single, according to TMZ. 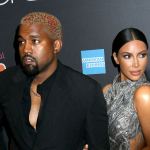 The process is called bifurcation, which is a fancy legal word for declaring her legally single and letting the rest of the divorce matters be taken care of later. After 10 years of marriage, Presley filed for divorce in 2016. She has attempted to move on with her life, including seeking treatment for drug and alcohol addiction. (A source told the Daily Mail back in 2016, “Lisa Marie just fell off the wagon over the past couple of years and needed serious help in getting her life back on track again.”)

It certainly hasn’t been easy. While a judge ruled in 2018 that Presley does not have to pay spousal support to Lockwood, thanks to the couple’s 2007 post-nuptial agreement, it’s unclear why Lockwood is trying to hold up divorce proceedings given the fact that the couple has many of the separation details worked out. They also share custody of their fraternal twin girls, Harper Vivienne Ann and Finley Aaron Love, 12.

Still, it seems like Lockwood has made things as difficult as possible for Presley over the last five years — and it looks like she’s going to need a judge to sign off on her post-marital independence.