Home » Entertainment » Lois Smith is the oldest performer to win a Tony.

Lois Smith is the oldest performer to win a Tony. 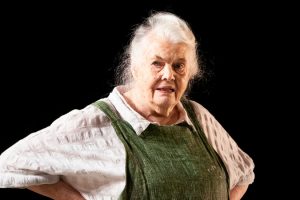 Lois Smith, 90, is at last a Tony winner. And not just a winner — she is now the oldest performer to win a Tony Award for acting.

“I love the processes of the live theater,” said Smith, who won for her portrayal of Margaret, the caretaker of a sanctuary for men dying of AIDS-related illnesses, in Part 2 of Matthew López’s more-than-six-hour epic “The Inheritance.”

“I first worked on ‘The Inheritance’ in a workshop where Matthew López was finishing a play about the AIDS plague, and it was partly based on E.M. Forster’s book “Howards End,” which had been my favorite novel for as long as I can remember,” she continued. “E.M. Forster gave us — there’s a famous two-word message from “Howards End,” which is so apt, I think, tonight for all of us who are here celebrating the importance, the functions, of live theater: ‘Only connect.’ ”

In his review of the play in The Times, Ben Brantley called Smith’s performance as the show’s sole female character “quietly brilliant.” She beat out Jane Alexander, 81, who was up for “Grand Horizons,” as well as Cora Vander Broek (“Linda Vista”), Annie McNamara (“Slave Play”) and Chalia La Tour (“Slave Play”).Cicely Tyson, who died earlier this year at 96, previously held the record. She was 88 in 2013 when she won in the same category for her role in the revival of Horton Foote’s “The Trip to Bountiful.”

In an interview with Variety in March 2020, Smith acknowledged that her performance schedule in “The Inheritance” was pretty, well, cushy. She doesn’t appear onstage until late in the play, which was performed in two parts. So she only performed three times per week.

“I think to myself, ‘Now what’s going to happen to me?’” she said. “This may be the end of me. Suppose somebody asks me to do eight shows a week, what am I going to say? It’s hard to imagine at this point!”

She was first nominated for a Tony in 1990 for “The Grapes of Wrath,” and she was nominated again, in 1996, for “Buried Child” — both times for best featured actress in a play.