Looted Objects From Afghanistan Are Returned 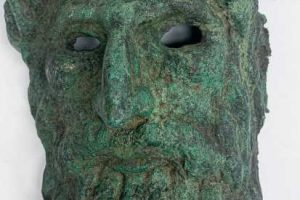 For half a century, through war, anarchy and upheaval, Afghanistan has been stripped of tens of thousands of Buddhist and Hindu antiquities, some dating back more than 1,800 years.

Many of those items entered the Western market in the 1990s and early 2000s, St John Simpson, a curator at the British Museum, told The New York Times last month. “And all of those,” he said, “were almost certainly illegally exported or stolen.”

On Monday, 33 of those antiquities, valued at $1.8 million, were handed over to the Afghan ambassador, Roya Rahmani, by the Manhattan district attorney’s office and the Department of Homeland Security, at a ceremony in New York.

The artifacts were part of a hoard of 2,500 objects valued at $143 million seized in a dozen raids between 2012 and 2014 from Subhash Kapoor, a disgraced Manhattan art dealer currently jailed in India on smuggling and theft charges.

Much of the destruction and plunder of Afghan relics and religious icons took place under the Taliban, who destroyed the famed sixth-century Buddhas of Bamiyan, a pair of enormous carvings, in 2001. In the face of near-universal condemnation, officials dynamited the works, which stood in tall niches hewed from a sheer sandstone cliff.

The objects repatriated on Monday will be housed in the National Museum in Kabul. Afghan officials have said they were confident they could now safeguard their museums and cultural institutions against plunder and smuggling.

According to UNESCO, “the Afghan authorities have taken important steps” to prevent the theft, smuggling and desecration of cultural objects. Those steps include a separate new police force tasked with protecting cultural sites, up-to-date museum security systems, and educational campaigns aimed at convincing anyone who finds lost or forgotten relics to turn them over to the government.

During the ceremony, the Afghan ambassador praised the office of the district attorney, Cy Vance Jr., for arranging the return. Mr. Vance’s Antiquities Trafficking Unit, overseen by the Assistant District Attorney Matthew Bogdanos, said that over the past decade, it has recovered several thousand stolen antiquities collectively valued at more than $175 million, from more than a dozen nations.

Since August, the unit has overseen the return of 338 objects to seven nations, among them Nepal, Sri Lanka, Egypt and Pakistan, with more to be sent back once the countries involved resolve travel and transport issues related to the pandemic.

Crimes involving looted and stolen religious relics, Mr. Vance said, “not only tear at the societal fabric of nations but also deprive millions of believers worldwide of the earliest sacred symbols of their faith.”