“Love Is Love,” a 144-page benefit comic book that was originally published in 2016, has become a force in charitable giving.

This year, sales of the anthology have raised $51,000 for the Trevor Project, a crisis intervention and suicide prevention organization for young gay, lesbian, bisexual, transgender and queer people. The donation will be presented on Sunday at a “TrevorLive” gala in Beverly Hills, Calif.

The project was originally conceived by the comic book author and screenwriter Marc Andreyko to aid those affected by the mass shooting at Pulse, a gay nightclub in Orlando, Fla., on June 12, 2016. 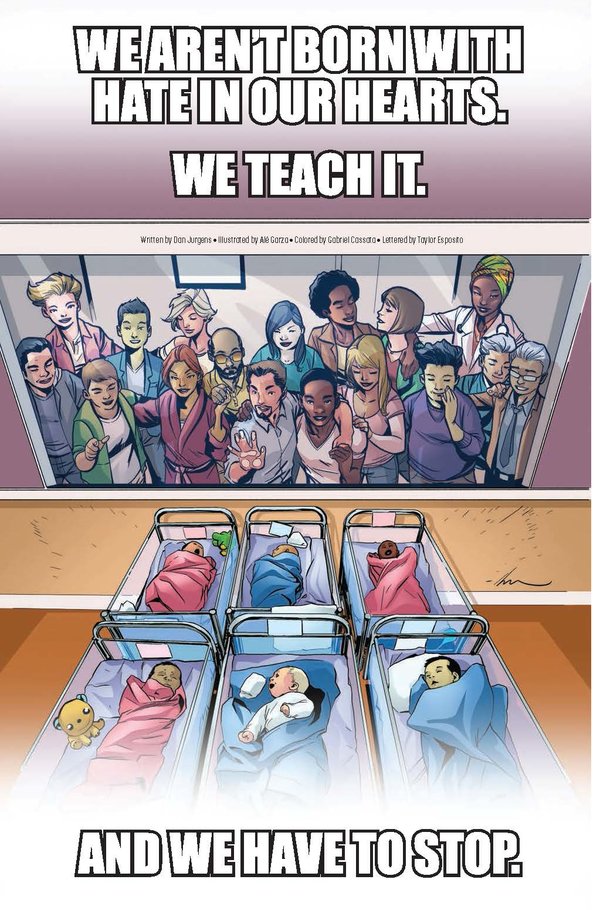 Now, the proceeds will benefit different L.G.B.T.Q. organizations each year.

“The Trevor Project is a wonderful organization that saves lives, so it is a privilege to make them the 2018 recipient of our donation,” Andreyko wrote in an email.

“Love Is Love,” produced by IDW Publishing with the support of DC Comics, includes pages from the documentarian Morgan Spurlock, the actor Matt Bomer, the comedians Patton Oswalt and Taran Killam, as well as many comic book writers and artists. It costs $9.99.

By March 2017, sales of the comic had raised $165,000, which was given to Equality Florida for the OneOrlando Fund that was set up for victims of the Pulse attack and their families.

“That ‘Love Is Love’ continues to resonate with readers around the world and generate much-needed funds for the L.G.B.T. community is a testament to the powerful works the book contains and a beautiful way to honor the memories of those 49 lost at Pulse,” Andreyko wrote in the email.

The book is currently in its sixth printing and is available via comic book stores, online booksellers and digital platforms.