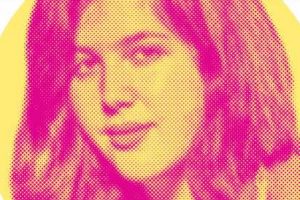 Lucy Dacus said she became “a more reminiscent person” five years ago when she began touring regularly. “I feel better when I’m thinking about the past,” the singer-songwriter said. “The past is stable. The future doesn’t exist.”

The songs on her third album, “Home Video” (due June 25), draw on her adolescent experiences growing up Baptist (now lapsed) in Richmond, Va. Her lyrics ache with the specificity of a longtime diarist: an ex’s awful poetry, a bad man’s alcoholic beverage of choice.

“I’ve tried to talk about heavy stuff with a general core of warmth so that I’m not alienating anybody,” Dacus, 26, said from her house in Philadelphia, where she lives with six roommates. She was speaking on the eve of the release of “Brando,” a single based on a pretentious high school friend. “I’m really nervous about that person reaching out to me,” she added.

In 2018, Dacus teamed up with Julien Baker and Phoebe Bridgers, like-minded songwriters to whom she was often compared, and released a critically lauded EP as boygenius. “That was healthy and meaningful,” she said. “Sometimes I tell myself, ‘Your job is selfish, because it’s all about you.’ Joining forces reminded me that we’re participating in the act of musicmaking, not self-aggrandizement.” Baker and Bridgers reconvened to offer backing vocals on several songs on the new album. “Having their support, even sonically, felt like being held.”

From her office, decorated with photos of Patti Smith and prints by the Swedish artist Hilma af Klint, Dacus sifted through a long list of her cultural essentials. These are edited excerpts from the conversation.

This is maybe the first movie that ever made me cry as a child. I remember so distinctly watching over and over again the final scene where they’re not allowed to be friends anymore and crying “No!” I wanted them to be friends forever. But maybe it’s a good lesson for kids. There are circumstances that make people come into and out of your life, and even if it’s sad, you have to get used to it.

I used to read this book by Natalie Babbitt every year between ages 8 and 12. A couple falls in love and one of them [the boy] is immortal and wants the girl to become immortal, too. But she makes the decision not to, and in the final scene the boy goes and visits her grave. How hard-core is that? I liked the idea that even if you had the chance to live forever, you wouldn’t take it. Life is so precious, and the things that would change fundamentally if you were immortal would make it less brilliant.

Goofy loses his job in a scary scene at the beginning of the movie, which was an entry into understanding workers’ rights, but I bring this up because of the poet dog, Beret Girl. My dad covered my eyes when she came onscreen. I was like, “Why?” Later, I figured out he had a habit of covering my eyes whenever any sexy person was on the screen. She’s wearing a turtleneck and a beret and she’s reading poetry, but even though she was clearly a fully clothed animated dog, I was like, wow, she must be really sexy. That always stuck with me. That type of human woman is very appealing to me.

Every third line of that show is a pop culture reference, and I used to write them down and go to Wikipedia after every episode. It gave me a road map. I watched “Casablanca” for the first time because of “Gilmore Girls.” There’s an episode where Sonic Youth stars and Yo La Tengo play live. Now I’m a huge Yo La Tengo fan and I’m on [the record label] Matador because of them.

And I think it helped my mom and I be friends. I was rewatching some of it recently and I was like, “Wow, they really didn’t have boundaries, and Lorelei puts a lot of emotional processing on Rory.” They’re not perfect, but they wanted to spend time together, and it gave us an example of that relationship.

The first time I heard Alabama Shakes, I was like, “This is for me. This is what I love.” It was the summer of 2012 in Richmond. At the time, I wanted music that felt southern without being pop country. I associate their first record [“Boys & Girls] with heat and fireworks and eating outside with my friends. My first record was inspired by it, in terms of being roots-y but with a lot of rock elements. Everything Brittany makes is raising the bar for everybody else.

It became an anthem with my group of friends who did theater in high school. I could take or leave the plays, but the cast parties were the social event of the season. People would be completely unhinged. Somebody with a giant house would let everybody sleep over and, for some reason, parents let this happen. I would have the aux cable and I would D.J., and there was always the point of the night where we would play “You! Me! Dancing!” as a signal that the dance party had begun. I remember literally throwing my body against the walls.

I was interested in fashion when I was really young. My dad really liked to shop and we used to go to Kohl’s and buy a bunch of clothes and do a fashion show and then return all of them. And then in 8th grade, I got into my monk-era of Christianity. Like, having no connection to material possessions is key to a divine faith. If anything new came into my life, it had be a gift.

But when the Alexander McQueen exhibit went up at the Met in 2011 I went twice and cried both times. My brain was like, “I could have never thought of this and I’m so glad that somebody had this mind.” I still have this weird, useless guilt around shopping, but it helped me get over the ascetic period of my life and realize there’s room everywhere for beauty. It doesn’t have to be rooted in capitalism or consumerism. It can be rooted in creativity.

8. A Bushel of Crabs

I really like foods that play hard to get. Growing up in Virginia, I learned at a really young age how to properly get meat out of a crab. It takes a lot of work to get a very little amount, but it makes me feel like I earned it, and it’s fun to teach people. For my last few birthdays, we’ve gotten a bushel of crabs and I’ve invited many people over and we’ve devoured the entire bushel together at a really long table covered in newspaper. It’s a nice tradition.

She’s one of the first people whose entire body of work I became familiar with. She has something essential at her core fueling everything that she makes, and it’s a message that I agree with: telling people that they belong and freaks don’t have to be lonely. I love that she wrote “It Chooses You” while she was procrastinating making her movie “The Future,” and even in her avoidance she made something really good. And now that I’m a fan of Agnès Varda, I can see how Agnès inspired Miranda, so it’s fun to go back another layer.

I think it might be the best TV show I’ve ever seen. I watched it with my housemates and I was covered in tears after every single episode. It’s about La Veneno, the first very famous transgender woman in Spain. There are cast members who were her actual friends in real life. I’m so sad it’s over. The really nuanced depictions and all the trans joy was extremely moving. I followed a bunch of the actors on social media. I would simply bow to them if I saw them.