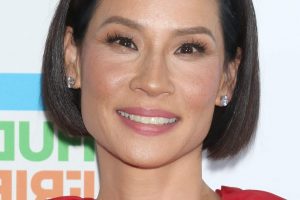 In a powerful new essay, award-winning actor Lucy Liu has opened up about paving the way for onscreen representation in the Asian community, and the progress that must be made to dismantle reductive stereotypes.

Alongside her era-defining roles in Kill Bill, Charlie’s Angels and Elementary, however, she’s also been a longtime advocate for representation in Hollywood.

Now, in a new essay for The Washington Post, the actor has opened up about the difficulties she faced in finding her footing in an industry riddled by a lack of diversity.

In the op-ed, Liu reflects on her early years and growing up without representation in Hollywood.

“When I was growing up, no one on television, in movies, or on magazine covers looked like me or my family,” she wrote. “The closest I got was Jack Soo from Barney Miller, George Takei of Star Trek fame, and most especially the actress Anne Miyamoto from the Calgon commercial.

The actor went on to describe how she feels fortunate to have “moved the needle” for Asian representation in Hollywood, although she says that progress has been slow in tackling reductive stereotypes.

“Progress in advancing perceptions on race in this country is not linear; it’s not easy to shake off nearly 200 years of reductive images and condescension,” she continued.

“As far back as I can see in the Western canon, Chinese women have been depicted as either the submissive lotus blossom or the aggressive dragon lady.”

Liu, who in 2019 became only the second Asian woman to be awarded a star on the Hollywood Walk of Fame, also described the legacy of Charlie’s Angels, a boundary-breaking role in which she played investigator Alexandra “Alex” Munday.

“As part of something so iconic, my character Alex Munday normalised Asian identity for a mainstream audience and made a piece of Americana a little more inclusive.”

It was during Liu’s ceremony on the Hollywood Walk of Fame that Liu paid tribute to actor Anna May Wong, the first Asian-American woman to receive a star, who she crediting with persevering in the face of persistent “racism, marginalisation, and exclusion”. In her essay, Liu reflects once again on how Wong was the target of constant racism, and hindered in her career by anti-miscegenation laws.

Liu also points out that the pervasive stereotypes that depict Asian-Americans as either “dragon ladies or new iterations of delicate, domestic geishas” aren’t just restrictive, but can escalate to fatal proportions, referencing the recent shootings at spas in the US state of Georgia.

The suspect, Robert Aaron Long, “targeted venues staffed predominantly by Asian workers and said he wanted to eliminate a source of sexual temptation he felt he could not control,” Liu writes. “This warped justification both relies on and perpetuates tropes of Asian women as sexual objects.”

Rosemead: Liu will star as a terminally ill immigrant mother who makes a desperate choice when she learns of her son’s worrying obsessions.

Liu concludes her essay by stating that Asian Americans and Pacific Islanders (AAPI) won’t stand a chance at overcoming these stereotypes unless society reckons with the “collective history of discrimination in America”; poignant words given the UK is also beginning to reckon with its legacy of colonialism.

As Liu insists, there is much more work to be done. For now, though, the actor is forging ahead with the inclusive storytelling that she has always championed in Rosemead, an adaptation of the award-winning LA Times article ‘A Dying Mothers Plan’.

The film sees Liu star as a terminally ill immigrant mother “who takes desperate measures to help her unstable teenage son as she uncovers his growing obsession with mass shootings”.

Speaking about her passion for diverse representation, director Eric Lin described Liu as “a pioneer in showing the power of representation, and the perfect conduit for this complicated woman.” We couldn’t agree more.